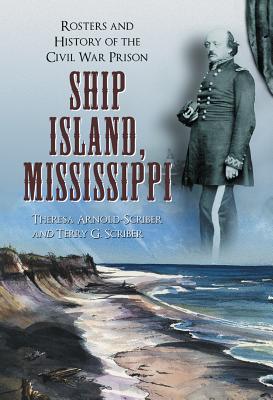 Ship Island was used as a French base of operations for Gulf Coast maneuvers and later, during the War of 1812, by the British as a launching point for the disastrous Battle of New Orleans. But most memorably, Ship Island served as a Federal prison under the command of Union- Major General Benjamin F. Butler during the Civil War. This volume traces this fascinating and somewhat sinister history of Ship Island. The main focus of the book is a series of rosters of the men imprisoned. Organized first by the state in which the soldier enlisted and then by the company in which he served, entries are listed alphabetically by last name and include information such as beginning rank; date and place of enlistment; date and place of capture; physical characteristics; and, where possible, the fate and postwar occupation of the prisoner.

The late Theresa Arnold-Scriber was a writer and researcher. She lived in Louisiana. Terry G. Scriber is a writer, researcher and museum security professional. He lives in Louisiana.