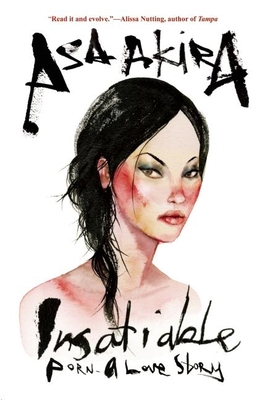 By Asa Akira
$25.00
Possibly out of print. Email or call to check availability and price.

Akira is the Galileo of women’s sexuality, shifting our culture from the Dark Ages’ of slut-shaming into an enlightened celebration of female desire. Hot, hilarious, and engrossing, this book is a path toward greater freedom for us all: read it and evolve.”Alissa Nutting, author of Tampa

Asa Akira is on a mission: To improve the sex lives of men & women around the world . . . and if anyone can do it, it’s probably her.”MaxManGuide.com

In the past couple years Akira has made her stamp on the business as one of the most dynamic sexual performers of all-time as evidenced by her whopping 10 AVN awards at the previous two award ceremonies.”Peace! Magazine (Canada)