Waiting for Lefty and Other Plays (Paperback) 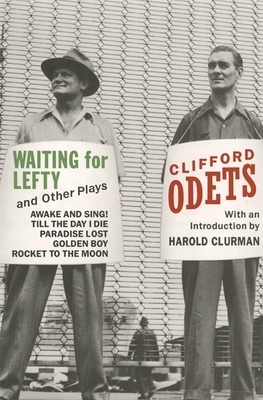 One of the most celebrated and significant plays of the modern American Theatre.

The action of the play is comprised of a series of varied, imaginatively conceived episodes, that blend into a powerful and stirring mosaic. The opening scene is a hiring hall where a union leader (obviously in the pay of the bosses) is trying to convince a committee of workers (who are waiting for their leader, Lefty, to arrive) not to strike. This is followed by a moving confrontation between a discouraged taxi driver, who cannot earn enough to live on, and his angry wife, who wants him to show some backbone and stand up to his employer; a revealing scene between a scheming boss and the young worker who refuses to spy on his fellow employees; a sad/funny episode centering on a young cabbie and his would-be bride, who lack the wherewithal to get married; a disturbing scene involving a senior doctor and the underpaid young intern (a labor activist) whom the doctor has been ordered to discharge; and, finally, a return to the union hall where the workers, learning that Lefty has been gunned down by the powers-that-be, resolve at last to stand up for their rights and to strike - and to stay off their jobs until their grievances are finally heard and acted upon by those who have so cynically exploited and misused them.