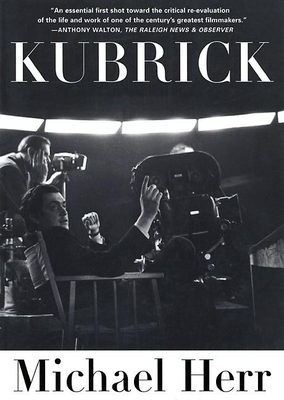 A book about a genius by a genius.

Kubrick is Michael Herr's memoir of his nearly twenty-year friendship and collaboration with Stanley Kubrick, one of the greatest filmmakers of all time and the creator of such classics as Dr. Strangelove, 2001: A Space Odyssey, and A Clockwork Orange. From their first meeting at an advance screening of The Shining in 1980, Kubrick and Herr began an intense intellectual exchange that grew into the artistic collaboration that ultimately produced the groundbreaking Vietnam film Full Metal Jacket. Filled with personal insights and previously untold anecdotes, Kubrick is a probing view into the inner life of a man whose creative passion and powerful intellect changed the art of filmmaking forever--and of the complicated, often misunderstood man behind the art.