Amerika: The Missing Person: A New Translation, Based on the Restored Text (The Schocken Kafka Library) (Paperback) 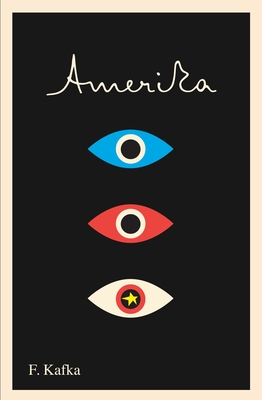 Kafka began writing what he had entitled Der Verschollene (The Missing Person) in 1912 and wrote the last completed chapter in 1914. But it wasn’t until 1927, three years after his death, that Max Brod, Kafka’s friend and literary executor, edited the unfinished manuscript and published it as Amerika. Kafka’s first and funniest novel, Amerika tells the story of the young Karl Rossmann who, after an incident involving a housemaid, is banished by his parents to America. Expected to redeem himself in this magical land of opportunity, young Karl is swept up instead in a whirlwind of dizzying reversals, strange escapades, and picaresque adventures.

FRANZ KAFKA was born in 1883 in Prague, where he lived most of his life. During his lifetime, he published only a few short stories, including “The Metamorphosis,” “The Judgment,” and “The Stoker.” He died in 1924, before completing any of his full-length novels. At the end of his life, Kafka asked his lifelong friend and literary executor Max Brod to burn all his unpublished work. Brod overrode those wishes.

MARK HARMAN, a native of Dublin who has written extensively about modern German and Irish literature, is a professor of German and English at Elizabeth College in Elizabeth, Pennsylvania. His translation of The Castle received the Modern Language Association's first Lois Roth Award in 1998.

“We are not too far wrong to see in Karl Rossmann the explorer who maps the internal territory for the later Kafka hero Joseph K. of The Trial. It is a natural segue, after all, from the youth who lives to placate to the adult with the inescapable sense of guilt. In fact, we could propose Kafka as an artist in a lifelong search of the most accommodating conceit for his vision. Karl is the earliest of his eponymous heroes, all of them essentially one tormented soul whose hallucinatory landscape keeps changing.”
—E. L. Doctorow

“More than eighty years after his death from tuberculosis at age forty, Kafka continues to defy simplifications, to force us to consider him anew. That’s the effect of Mark Harman’s new translation of Amerika.”
—Los Angeles Times