On Being Raped (Hardcover) 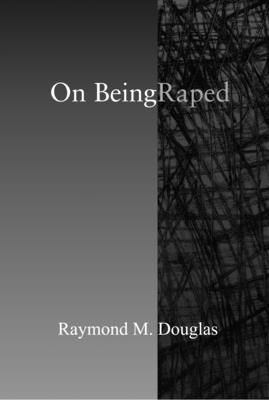 By Raymond M. Douglas
$20.00
Possibly out of print. Email or call to check availability and price.

A personal and moral inquiry into the crime we do our best to ignore: the rape of adult men

When Raymond M. Douglas was an eighteen-year-old living in Europe, he was brutally raped by a Catholic priest. He eventually moved to the United States and became a highly regarded historian, writing with great care about the violent expulsion of Germans from Eastern Europe after the Second World War, and parsing the complicated moral questions of these actions. But until now, Douglas has been silent about his own experience of trauma.

In On Being Raped, Douglas recounts this painful event and his later attempts to seek help to lay bare the physical and psychological trauma of a crime we still don’t openly discuss: the rape of adult men by men. With eloquence and passion, he examines the requirements society implicitly places upon men who are victims of rape, examines the reasons for our resounding silence around this issue, and reveals how alarmingly prevalent this kind of sexual violence truly is.

An insightful and sensitive analysis of a type of bodily violation that we either joke about or ignore, On Being Raped promises to open an important dialogue about male rape and what needs to be done to provide adequate services and support for victims. “But before that can happen,” writes Douglas, “men who have been raped will have to come out of the shadows...A start has to be made somewhere. This is my attempt at one.”

Raymond M. Douglas is the Russell B. Colgate Distinguished University Professor of History at Colgate University. His most recent work of history, Orderly and Humane: The Expulsion of the Germans after the Second World War, received the 2013 George Louis Beer Prize from the American Historical Association. He lives in New York with his wife and daughter.

“This short and devastating memoir is at once intimate and analytical...On Being Raped is eloquent about the nonexistent resources available to male rape victims, a situation that mirrors what female victims faced a half century ago.”
—Harper’s Magazine

“On Being Raped, Douglas’ slim volume about that four-hour experience and everything that followed, is as much a political treatise as a memoir. It serves as a declaration of the rights of male rape victims within a culture that still believes such things don’t happen, not to real men.”
—Libby Copeland, Slate Book Review

“On Being Raped is a crucial contribution to our understanding of the effects of sexual violence. Told with grace, beauty, and raw human emotion, it makes the world face the too often neglected plight of adult male survivors.”
—Laura Gray-Rosendale, author of College Girl: A Memoir

“With great courage and honesty, Raymond M. Douglas recounts and interrogates the most intimate and devastating violation a human being, man or woman, can suffer. His beautifully written inquiry faces down all the questions, one by one, and in doing so challenges the reader’s assumptions about gender, violence, masculinity, and recovery. On Being Raped is a profoundly moving memoir that will press you to think hard about your gendered response to sexual violence, especially when the person victimized suffers in a body the prevailing attitude deems somehow less worthy of sympathy, support, and justice. Douglas has gone into the darkness and brought us back a great gift. May we be wise enough to receive it.”
—Richard Hoffman, author of Half the House and Love & Fury

“This is an extraordinary book and we are so lucky that Raymond M. Douglas has had the courage to write it. He tells his story of being raped with unflinching honesty and yet also great eloquence. In its fierce intelligence, On Being Raped shocks but also inspires us. Douglas’s thoughts on the ‘survivor’ movement (or ‘on not getting over it’) are fresh and analytically precise. This wise and elegantly written book deserves a wide general audience.”
—Mary Louise Roberts, author of What Soldiers Do