Confessions of a Mask (Paperback) 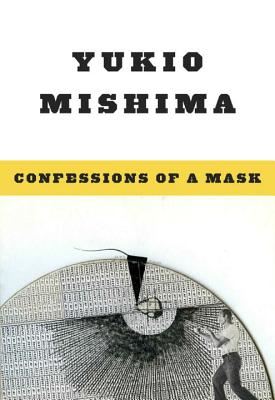 The story of a man coming to terms with his homosexuality in traditional Japanese society has become a modern classic.

Confessions of a Mask tells the story of Kochan, an adolescent boy tormented by his burgeoning attraction to men: he wants to be “normal.”  Kochan is meek-bodied, and unable to participate in the more athletic activities of his classmates. He begins to notice his growing attraction to some of the boys in his class, particularly the pubescent body of his friend Omi. To hide his homosexuality, he courts a woman, Sonoko, but this exacerbates his feelings for men. As news of the War reaches Tokyo, Kochan considers the fate of Japan and his place within its deeply rooted propriety.

Confessions of a Mask reflects Mishima’s own coming of age in post-war Japan. Its publication in English—praised by Gore Vidal, James Baldwin, and Christopher Isherwood— propelled the young Yukio Mishima to international fame.

Yukio Mishima (1925-1970) completed his first novel the year he entered the University of Tokyo and his last novel the day of his death. He is the author of numerous novels, stories, plays, and essays. Gore Vidal once said of him: “I only regret we never met, for friends found him a good companion, a fine drinking partner, and fun to cruise with.” Mishima committed suicide by ceremonial seppuku after a failed coup d’e´tat intended to restore pre-WWII power to the emperor of Japan.

Meredith Weatherby was an American publisher of Japanese texts.

Yukio Mishima was one of the greatest avant-garde Japanese writers of the twentieth century.
— Judith Thurman - New Yorker

In Confessions of a Mask a literary artist of delicate sensibility and startling candor has chosen to write for the few rather than the many.

We read the bloody details with wonder…such is the power of his writing.
— Gore Vidal - The New York Review of Books

Confessions of a Mask follows in the spirit of Oscar Wilde’s dictum that ‘man is least himself when he talks in his own person. ‘Give him a mask, and he will tell you the truth.’