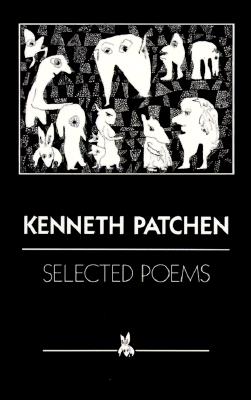 By Kenneth Patchen
$15.95
Possibly out of print. Email or call to check availability and price.

This selection is drawn from ten earlier volumes by the poet who has been called "the most compelling force in American poetry since Whitman."

The late Kenneth Patchen was unique among contemporary poets for his direct and passionate concern with the most essential elements in the tragic, comic, blundering and at rare moments glorious world around us. He wrote about the things we can feel; with our whole being—the senselessness of war, the need for love among men on earth, the presence of God in man, the love for a beloved woman, social injustice and the continual resurgence of the beautiful in life.

Kenneth Patchen (1911-1972) was one of the most prolific American poets of his time. He was born in Niles, Ohio. He attended school at the University of Madison-Wisconsin where he met his wife, Miriam Oikemus. They moved to Greenwich Village and befriended many writers including E.E. Cummings, Anais Nin, and Henry Miller. An accident occurred after his first publication that would eventually leave him an invalid. He and his wife later moved to San Francisco during the early years of the Beat Movement. Many Beat poets would cite Patchen as a major influence. His "experimental protests" in poetry, painting, and prose remain unprecedented. Aside from his many books of poetry, his acclaimed novels, and his concrete visual works, Kenneth Patchen also collaborated with John Cage for the radio-play The City Wears a Slouch Hat, and worked with Charles Mingus developing jazz poetry. Patchen was an unwavering pacifist and many of his works have a political bent. Patchen was the first recipient of an NEA Literary Grant in 1967.