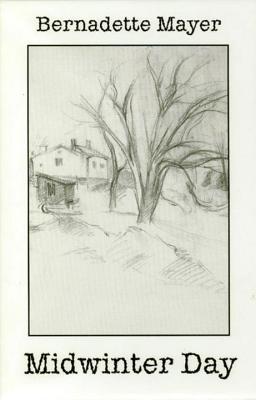 This is book number 876 in the New Directions Paperbook series.

"I know nothing / But the lassitude of love // Half an hour after sunset / All the windows are frozen shut // Like psychology / I have to hammer the sides with my fists / To get them open, often I wonder / If I think the same things I thought as a child / When I didn't know the future of a form"

One of the great poems of the 20th century.

"Midwinter Day," as Alice Notley noted, "is an epic poem about a daily routine." A poem in six parts, Midwinter Day takes us from awakening and emerging from dreams through the whole day-morning, afternoon, evening, night-to dreams again: ". . . a plain introduction to modes of love and reason/Then to end I guess with love, a method to this winter season/Now I've said this love it's all I can remember/Of Midwinter Day the twenty-second of December//Welcome sun, at last with thy softer light/That takes the bite from winter weather/And weaves the random cloth of life together/And drives away the long black night!"

Called “a consummate poet” by Robert Creeley, Bernadette Mayer was born in Brooklyn, New York, in 1945. A most prolific poet, her first book was published at the age of twenty-three. Many texts later she continues to write progressive poetry from her home in East Nassau, New York. For many years Mayer lived and worked on the Lower East Side of Manhattan where she was the Director of St. Mark’s Poetry Project from 1980-1984. Bernadette Mayer has received grants and awards from PEN American Center, The Foundation for Contemporary Performance Art, the NEA, The Academy of American Poets, and The American Academy of Arts and Letters.

Love and the seasons and the exigencies and opportunities of daily survival are the inevitable occasions of a body of work that is as radical as it is Horatian, able as little else is both to delight and instruct.
— Edwin Frank - Boston Review

One of the most interesting, exciting, and open of late-20th-century experimental poets.
— Tom Clark - San Francisco Chronicle

Bernadette Mayer is one of the most original writers of her generation… All her work is full of brilliant observation, humorous and sometimes astounding conclusions, and amazing juxtapositions inspired by linguistic associations, patterns of movement, chance, mathematics, whim, and imagination.
— Michael Lally - The Washington Post

The richness of life and time as they happen to us in tiny explosions all the time are grasped and held up for us to view in this magnificent work of prose and poetry that teaches us at the end why 'no one knows why / Nothing happens.'"
— John Ashbery