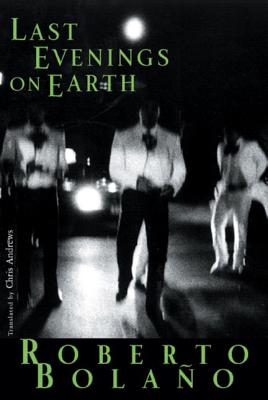 By Roberto Bolaño, Chris Andrews (Translated by)
$23.95
Possibly out of print. Email or call to check availability and price.

The first short-story collection in English by the acclaimed Chilean author Roberto Bolano. Winner of a 2005 PEN Translation Fund Award.

"The melancholy folklore of exile," as Roberto Bolano once put it, pervades these fourteen haunting stories. Bolano's narrators are usually writers grappling with private (and generally unlucky) quests, who typically speak in the first person, as if giving a deposition, like witnesses to a crime. These protagonists tend to take detours and to narrate unresolved efforts. They are characters living in the margins, often coming to pieces, and sometimes, as in a nightmare, in constant flight from something horrid.

In the short story "Silva the Eye," Bolano writes in the opening sentence: "It's strange how things happen, Mauricio Silva, known as The Eye, always tried to escape violence, even at the risk of being considered a coward, but the violence, the real violence, can't be escaped, at least not by us, born in Latin America in the 1950s, those of us who were around 20 years old when Salvador Allende died."

Set in the Chilean exile diaspora of Latin America and Europe, and peopled by Bolano's beloved "failed generation," the stories of Last Evenings on Earth have appeared in The New Yorker and Grand Street.

Author of 2666 and many other acclaimed works, Roberto Bolano (1953-2003) was born in Santiago, Chile, and later lived in Mexico, Paris, and Spain. He has been acclaimed “by far the most exciting writer to come from south of the Rio Grande in a long time” (Ilan Stavans, The Los Angeles Times),” and as “the real thing and the rarest” (Susan Sontag). Among his many prizes are the extremely prestigious Herralde de Novela Award and the Premio Rómulo Gallegos. He was widely considered to be the greatest Latin American writer of his generation. He wrote nine novels, two story collections, and five books of poetry, before dying in July 2003 at the age of 50.

Chris Andrews was born in Newcastle, Australia, in 1962. He studied at the University of Melbourne and taught there, in the French program, from 1995 to 2008. He also taught at the University of Western Sydney, where he was a member of the Writing and Society Research Center. As well as translating nine books by Roberto Bolano and ten books (and counting) by César Aira, he also brought the French author Kaouther Adimi’s Our Riches into English for New Directions. Andrews has won the Valle-Inclán Prize and the French-American Foundation Translation Prize for his translations. Additionally, he has published the critical studies Poetry and Cosmogony: Science in the Writing of Queneau and Ponge and Roberto Bolano's Fiction: An Expanding Universe as well as two collections of poems, Cut Lunch and Lime Green Chair, for which he won the Anthony Hecht Poetry Prize.

I am addicted to the haze that floats above Bolaño's fiction.
— Wayne Kostenbaum - Bookforum

If you haven't heard of Roberto Bolaño yet, you will soon.
— The New York Sun

Bolaño's characters yearn for amnesia as well as for the ability to
connect to someone or something in the present.
— Stephanie Hanson - Los Angeles Times

The most influential and admired novelist of his generation in the
Spanish-speaking world.
— Susan Sontag

Widely known in the Spanish-speaking world as the premier writer of his
generation.
— Hartford Courant