Slavery in the North: Forgetting History and Recovering Memory (Hardcover) 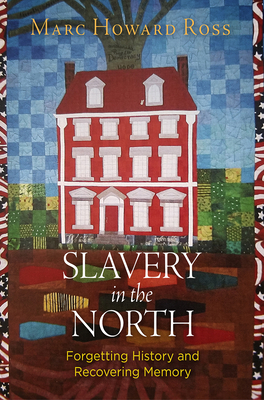 In 2002, we learned that President George Washington had eight (and, later, nine) enslaved Africans in his house while he lived in Philadelphia from 1790 to 1797. The house was only one block from Independence Hall and, though torn down in 1832, it housed the enslaved men and women Washington brought to the city as well as serving as the country's first executive office building. Intense controversy erupted over what this newly resurfaced evidence of enslaved people in Philadelphia meant for the site that was next door to the new home for the Liberty Bell. How could slavery best be remembered and memorialized in the birthplace of American freedom? For Marc Howard Ross, this conflict raised a related and troubling question: why and how did slavery in the North fade from public consciousness to such a degree that most Americans have perceived it entirely as a Southern problem?

Although slavery was institutionalized throughout the Northern as well as the Southern colonies and early states, the existence of slavery in the North and its significance for the region's economic development has rarely received public recognition. In Slavery in the North, Ross not only asks why enslavement disappeared from the North's collective memories but also how the dramatic recovery of these memories in recent decades should be understood. Ross undertakes an exploration of the history of Northern slavery, visiting sites such as the African Burial Ground in New York, Independence National Historical Park in Philadelphia, the ports of Rhode Island, old mansions in Massachusetts, prestigious universities, and rediscovered burying grounds. Inviting the reader to accompany him on his own journey of discovery, Ross recounts the processes by which Northerners had collectively forgotten 250 years of human bondage and the recent--and continuing--struggles over recovering, and commemorating, what it entailed.

Marc Howard Ross is the William Rand Kenan, Jr., Emeritus Professor of Political Science at Bryn Mawr College. He is author of numerous books and is editor of Culture and Belonging in Divided Societies, also available from the University of Pennsylvania Press.