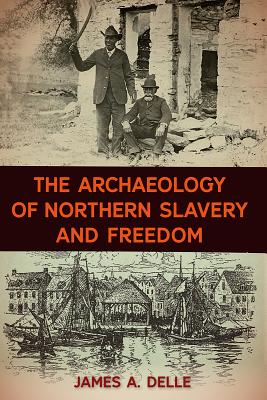 By James A. Delle
Email or call for price

Investigating what life was like for African Americans north of the Mason-Dixon Line during the eighteenth and nineteenth centuries, James Delle presents the first overview of archaeological research on the topic in this book, debunking the notion that the "free" states of the Northeast truly offered freedom and safety for African Americans. Excavations at cities including New York and Philadelphia reveal that slavery was a crucial part of the expansion of urban life as late as the 1840s. Slaves cleared forests, loaded and unloaded ships, and manufactured charcoal to fuel iron furnaces. The case studies in this book also show that enslaved African-descended people frequently staffed suburban manor houses and agricultural plantations. Moreover, for free blacks, racist laws such as the Fugitive Slave Act of 1850 limited the experience of freedom in the region. Delle explains how members of the African diaspora created rural communities of their own and worked in active resistance against the institution of slavery, assisting slaves seeking refuge and at times engaging in violent conflicts. The book concludes with a discussion on the importance of commemorating these archaeological sites, as they reveal an important yet overlooked chapter in African American history. Delle shows that archaeology can challenge dominant historical narratives by recovering material artifacts that express the agency of their makers and users, many of whom were written out of the documentary record. Emphasizing that race-based slavery began in the Northeast and persisted there for nearly two centuries, this book corrects histories that have been whitewashed and forgotten. A volume in the series the American Experience in Archaeological Perspective, edited by Michael S. Nassaney.