Creole Renegades: Rhetoric of Betrayal and Guilt in the Caribbean Diaspora (Paperback) 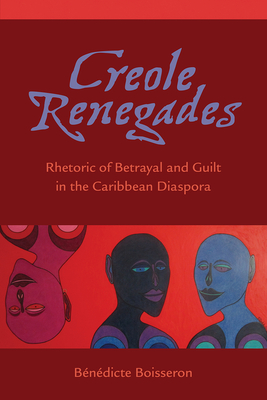 In Creole Renegades,
B n dicte Boisseron looks at exiled Caribbean authors--Edwidge Danticat, Jamaica
Kincaid, V. S. Naipaul, Maryse Cond , Dany Laferri re, and more--whose works
have been well received in their adopted North American countries but who are
often viewed by their home islands as sell-outs, opportunists, or traitors.

These
expatriate and second-generation authors refuse to be simple bearers of
Caribbean culture, often dramatically distancing themselves from the
postcolonial archipelago. Their writing is frequently infused with an enticing
sense of cultural, sexual, or racial emancipation, but their deviance is not
defiant.

Underscoring
the typically ignored contentious relationship between modern diaspora authors
and the Caribbean, Boisseron ultimately argues that displacement and creative
autonomy are often manifest in guilt and betrayal, central themes that emerge
again and again in the work of these writers.

Publication of the paperback edition made possible by a Sustaining
the Humanities through the American Rescue Plan grant from the National
Endowment for the Humanities.