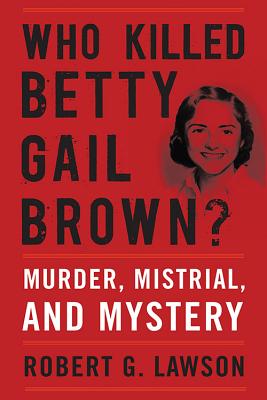 On October 26, 1961, after an evening of studying with friends on the campus of Transylvania University, nineteen-year-old student Betty Gail Brown got into her car around midnight -- presumably headed for home. But she would never arrive. Three hours later, Brown was found dead in a driveway near the center of campus, strangled to death with her own brassiere. Kentuckians from across the state became engrossed in the proceedings as lead after lead went nowhere. Four years later, the police i.

Robert G. Lawson has been a law professor for fifty years at the University of Kentucky, where he served twice as dean of the college of law. He is the author of The Kentucky Evidence Law Handbook and Beverly Hills: The Anatomy of a Nightclub Fire.