A Friendly Guide to Wavelets (Hardcover) 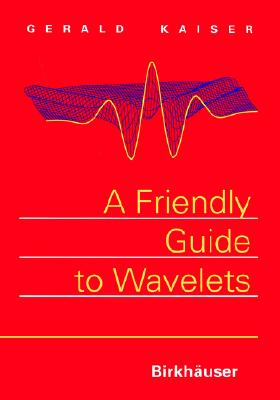 By Gerald Kaiser, Kaiser
$69.95
Possibly out of print. Email or call to check availability and price.

This volume is designed as a textbook for an introductory course on wavelet analysis and time-frequency analysis aimed at graduate students or advanced undergraduates in science and engineering. It can also be used as a self-study or reference book by practicing researchers in signal analysis and related areas. Since the expected audience is not presumed to have a high level of mathematical background, much of the needed analytical machinery is developed from the beginning. The only prerequisites for the first eight chapters are matrix theory, Fourier series, and Fourier integral transforms. Each of these chapters ends with a set of straightforward exercises designed to drive home the concepts just covered, and the many graphics should further facilitate absorption.

Chapters 10 and 11 consist of original research and are written in a more advanced style. In Chapter 10 it is shown that the structure of Maxwell's equations implies the existence of a wavelet analysis specifically adopted to electromagnetic radiation. The associated "eletromagnetic wavelets" are pulses parameterized by their point of origin and their scale, and can be made arbitrarily short by choosing fine scales. Furthermore, it is shown that every electromagnetic wave can be composed of such localized wavelets. This is applied in Chapter 11 to give a new formulation of radar based on electromagnetic wavelets. Since this theory is fully relativistic, its description of the Doppler effect is exact. In particular, it is three-dimensional, and does not make the usual assumption that the outgoing signal has a narrow bandwidth. Thus it should be useful in the construction of ultra-wideband radar systems.