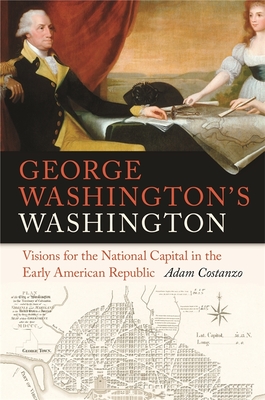 This book traces the history of the development, abandonment, and eventual revival of George Washington's original vision for a grand national capital on the Potomac. In 1791 Washington's ideas found form in architect Peter Charles L'Enfant's plans for the city. Yet the unprecedented scope of the plan; reliance on the sale of city lots to fund construction of the city and the public buildings; the actions of unscrupulous land speculators; and the convoluted mixture of state, local, and federal authority in effect in the District all undermined Federalist hopes for creating a substantial national capital.

In an era when the federal government had relatively few responsibilities, the tangible intersections of ideology and policy were felt through the construction, development, and oversight of the federal city. During the Washington and Adams administrations, for example, Federalists lacked the funds, the political will, and the administrative capacity to make their hopes for the capital a reality. Across much of the next three decades, Thomas Jefferson and other Jeffersonian politicians stifled the growth of the city by withholding funding and support for any project not directly related to the workings of the government. After decades of stagnation, only the more pragmatic approach begun in the Jacksonian era succeeded in fostering development in the District. And throughout these decades, driven by a mixture of self-interest and national pride, local leaders worked to make Washington's vision a reality and to earn the respect of the nation. George Washington's Washington is not simply a history of the city during the first president's life but a history of his vision for the national capital and of the local and national conflicts surrounding this vision's acceptance and implementation.