In Essentials, Unity: An Economic History of the Grange Movement (New Approaches to Midwestern History) (Paperback) 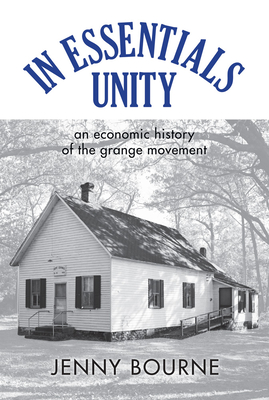 By Jenny Bourne, Paul Finkelman (Preface by)
Email or call for price

The Patrons of Husbandry—or the Grange—is the longest-lived US agricultural society and, since its founding shortly after the Civil War, has had immeasurable influence on social change as enacted by ordinary Americans. The Grange sought to relieve the struggles of small farmers by encouraging collaboration. Pathbreaking for its inclusion of women, the Grange is also well known for its association with Gilded Age laws aimed at curbing the monopoly power of railroads.

In Essentials, Unity takes as its focus Grange founder Oliver Kelley and his home organization in Minnesota. Jenny Bourne draws upon numerous historical records to present a lively picture of a fraternal organization devoted to improving the lot of farmers but whose legacies extend far beyond agriculture. From struggles over minimum wage, birth control, and environmental regulation to the conflicts surrounding the Affordable Care Act, and from lunch-counter sit-ins to Occupy Wall Street, the Grange has shaped the very notion of collective action and how it is deployed even today. As this compact book so effectively illustrates, the history of the Patrons of Husbandry exposes the classic tension between the desires for achieving overall economic success and determining how the spoils are split.

Jenny Bourne is a professor of economics at Carleton College. She has published numerous articles on American economic history, law and economics, and public finance, as well as The Bondsman’s Burden, about the economics of Southern slave laws. Her current research explores the connections between income and wealth for American households.

“This compact volume merges the economic and legal history of the Grange movement (originally known as the Patrons of Husbandry) and the Grange's role in the history of American agriculture.…Summing Up: Recommended.”—CHOICE

“[This book] reinvigorates thinking about the Grange at a time when the association’s commitment to active citizenship and challenging monopoly capitalism is as important and relevant as ever.…In Essentials, Unity is a brief introduction to a vitally important movement that too few of us remember.”—Journal of American History