All My Sons (Paperback) 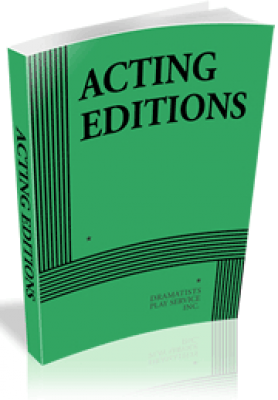 During the war Joe Keller and Steve Deever ran a machine shop which made airplane parts. Deever was sent to prison because the firm turned out defective parts, causing the deaths of many men. Keller went free and made a lot of money. The twin shadows of this catastrophe and the fact that the young Keller son was reported missing during the war dominate the action. The love affair of Chris Keller and Ann Deever, the bitterness of George Deever returned from the war to find his father in prison and his father's partner free, are all set in a structure of almost unbearable power. The climax showing the reaction of a son to his guilty father is fitting conclusion to a play electrifying in its intensity.

Arthur Miller (1915-2005) was born in New York City and studied at the University of Michigan. His plays include THE MAN WHO HAD ALL THE LUCK (1944), ALL MY SONS (1947), DEATH OF A SALESMAN (1949), THE CRUCIBLE (1953), A VIEW FROM THE BRIDGE and A MEMORY OF TWO MONDAYS (1955), AFTER THE FALL (1964), INCIDENT AT VICHY (1964), THE PRICE (1968), THE CREATION OF THE WORLD AND OTHER BUSINESS (1972), THE ARCHBISHOP'S CEILING (1977), THE AMERICAN CLOCK (1980) AND PLAYING FOR TIME. Later plays include THE RIDE DOWN MT. MORGAN (1991), THE LAST YANKEE (1993), BROKEN GLASS (1994), MR. PETERS’ CONNECTIONS (1998), RESURRECTION BLUES (2002), and FINISHING THE PICTURE (2004). Other works include “Focus,” a novel (1945), “The Misfits,” a screenplay (1960), and the texts for “In Russia” (1969), “In the Country” (1977), and “Chinese Encounters” (1979), three books in collaboration with his wife, photographer Inge Morath. Memoirs include “Salesman in Beijing” (1984) and “Timebends,” an autobiography (1988). Short fiction includes the collection “I Don’t Need You Anymore” (1967), the novella “Homely Girl, a Life” (1995) and “Presence: Stories” (2007). He was awarded the Avery Hopwood Award for Playwriting at University of Michigan in 1936. He twice won the New York Drama Critics Circle Award, received two Emmy awards and three Tony Awards for his plays, as well as a Tony Award for Lifetime Achievement. He also won an Obie award, a BBC Best Play Award, the George Foster Peabody Award, a Gold Medal for Drama from the National Institute of Arts and Letters, the Literary Lion Award from the New York Public Library, the John F. Kennedy Lifetime Achievement Award, and the Algur Meadows Award. He was named Jefferson Lecturer for the National Endowment for the Humanities in 2001. He was awarded the 2002 Prince of Asturias Award for Letters and the 2003 Jerusalem Prize. He received honorary degrees from Oxford University and Harvard University and was awarded the Prix Moliere of the French theatre, the Dorothy and Lillian Gish Lifetime Achievement Award, and the Pulitzer Prize.