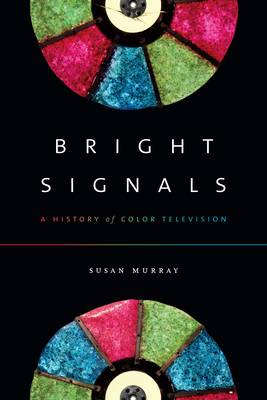 By Susan Murray
$27.95
Possibly out of print. Email or call to check availability and price.

First demonstrated in 1928, color television remained little more than a novelty for decades as the industry struggled with the considerable technical, regulatory, commercial, and cultural complications posed by the medium. Only fully adopted by all three networks in the 1960s, color television was imagined as a new way of seeing that was distinct from both monochrome television and other forms of color media. It also inspired compelling popular, scientific, and industry conversations about the use and meaning of color and its effects on emotions, vision, and desire. In Bright Signals Susan Murray traces these wide-ranging debates within and beyond the television industry, positioning the story of color television, which was replete with false starts, failure, and ingenuity, as central to the broader history of twentieth-century visual culture. In so doing, she shows how color television disrupted and reframed the very idea of television while it simultaneously revealed the tensions about technology's relationship to consumerism, human sight, and the natural world.

Susan Murray is Associate Professor of Media, Culture, and Communication at New York University, the author of Hitch Your Antenna to the Stars: Early Television and Broadcast Stardom, and the coeditor of Reality TV: Remaking Television Culture.