Acting for Young Actors: For Money Or Just for Fun (Paperback) 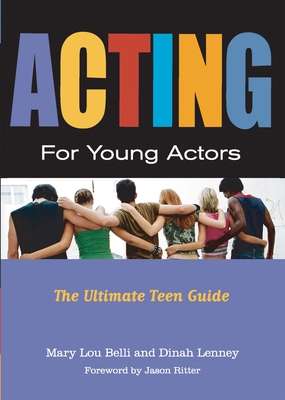 Do you know a teen that's been bitten by the acting bug? Here's just the book they need! Acting for Young Actors, aimed at teens and tweens, lets kids hone their skills and develop their craft. It begins with the five W's: WHO am I? WHAT do I want? WHY do I want it? WHERE am I? WHEN does this event take place? Sounds basic - but many young child actors are told simply to "get up there and act." This book explores each of these questions, using helpful exercises to allow young actors to work through problems of character identity and motivation. With comprehensive chapters on auditioning, rehearsal, and improvisation, plus a primer on how young actors can break into film, theater, and television, Acting for Young Actors is every kid's ticket to the big time.

Mary Lou Belli is the coauthor of The Sitcom Career Book, published by Back Stage Books. An Emmy Award–winning director, she has worked on Girlfriends, The Hughleys, Major Dad, and Charles in Charge, among many other shows. She is the mother of two children who act professionally. She lives in Los Angeles.

Dinah Lenney is an adjunct professor at UCLA's School of Theater, Film, and Television. An actor as well as an acting teacher, she is currently appearing on ER as the no-nonsense nurse Shirley. She lives in Los Angeles.