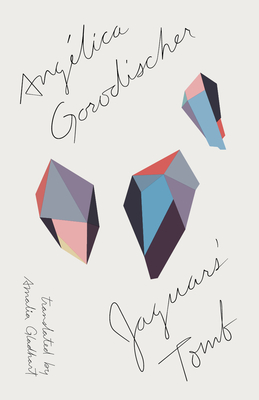 Jaguars' Tomb is a novel in three parts, written by three interconnected characters. Part one, "Hidden Variables" by Mar a Celina Igarz bal, is narrated by Bruno Seguer. Seguer in turn is the author of the second part, "Recounting from Zero" ("Contar desde zero"), in which Evelynne Harrington, author of the third, is a central character. Harrington, finally, is the author of "Uncertainty" ("La incertidumbre"), whose protagonist is the dying Igarz bal. Each of the three parts revolves around the octagonal room that is alternately the jaguars' tomb, the central space of the torture center, and the heart of an abandoned house that hides an adulterous affair. The novel, by Argentine author Ang lica Gorodischer, is both an intriguing puzzle and a meditation on how to write about, or through, violence, injustice, and loss. Among Gorodischer's many novels, Jaguars' Tomb most directly addresses the abductions and disappearances that occurred under the Argentine military dictatorship of 1976-83. This is the fourth of Gorodischer's books translated into English. The first, Kalpa Imperial--translated by Ursula Le Guin--was selected for the New York Times summer reading list in 2003.