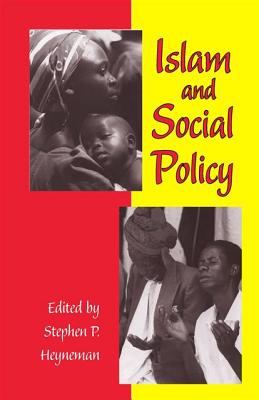 By Stephen P. Heyneman (Editor)
Email or call for price

At a time when more nuanced understandings of Muslim countries and their legal and social practices are urgently needed in the West, the appearance of this collection is especially welcome. In these illuminating and accessible essays, the contributors explain how Islam sees itself in terms of social policy, how it treats women, and how it encourages charity, education, and general social welfare.

The essays encompass many regional cultures and draw on court records and legal debates, field work on government ministries, and an extensive reading of Islamic law. In his overview of waqf (similar to the Western idea of a foundation, in which an endowment is set aside in perpetuity for specified purposes), Ahmad Dallal explains how charity, a central organizing principle in Islam, is itself organized and how waqf, traditionally a source of revenue for charitable purposes, can also become a source of tension and conflict. Donna Lee Bowen, in her essay on the position of women in Islamic law, points out the crucial differences between the Islamic principles of family equity and the Western notion of individual equality. In a subsequent essay, Bowen addresses the problems surrounding family planning and the dilemmas that have arisen within the Muslim world over differing ideas about birth control. The two final essays look at specific instances of how the modern state has treated Islamic social policy. Gail Richardson examines zakat, an Islamic tax used to assist the poor, and its administration in Pakistan. Carol Underwood, meanwhile, explores public health policy in Iran, both before and after the Islamic revolution that deposed the Shah.

Addressing some of the most profound misunderstandings between Islamic and Western societies, Islam and Social Policy will be of vital interest not only to scholars and policymakers but to anyone concerned with Islam's critical place in the modern world.