Insurgent Muse: Life and Art at the Woman's Building (Paperback) 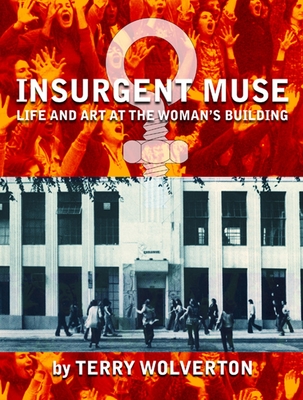 In the 1970's, the West Coast feminist arts movement coalesced around the Woman's Building in Los Angeles. Founded by artist Judy Chicago, the Woman's Building was conceived as a public center for women's culture. Women from across the country were drawn there to be part of a community engaged in the exploration of what a female-centered culture might mean.

In Insurgent Muse, Terry Wolverton chronicles her own 13-year involvement in the Woman's Building. Arriving as a young art student in 1976, she stayed on to become a teacher and co-founder of the Lesbian Art Project and, eventually, the Building's executive director. Her journey-emblematic of many women who sought to redefine themselves in the light of feminism-entails confrontation with the damages of sexism, the pitfalls of utopian community, and the forces of social backlash.

Insurgent Muse is a powerful testament to the importance of feminist thought and the ongoing need for it-by women and men-today.

The spirit of the legendary Woman's Building lives on in this unflinchingly brave and tender memoir. Terry Wolverton's Insurgent Muse is witty, heart-rending, superbly honest and deeply moving, providing an acute social analysis of a young life and a memorable era of feminism that fueled so much art and so many epiphanies. The great work of the Woman's Building deserves this book.--Lucy Lippard, author of The Pink Glass Swan: Selected Feminist Essays on Art

The Woman's Building became a North Star on a dream map for women who were looking to redefine their lives and work. And its history--rich, splintered, groundbreaking--is the subject of a new book.--Los Angeles Times

As her memoir illustrates, being a woman artist in the mid-1970s was profoundly revolutionary.--Lesbian News

Her documentation of the ideals, debates, and out-and-out battles waged during this important time in the feminist movement will give young women both a surprising and relatable snapshot of the era . . . An inspirational read.--Bust Magazine

Poet and novelist Wolverton describes her life and work at . . . the Woman's Building, a center for feminist art and culture in Los Angeles... provides an intimate look at the organizational struggles and triumphs. Recommended for public and academic libraries with extensive women's studies or art history collections, particularly on the West Coast.--Library Journal

Terry Wolverton is the author of the novel Bailey's Beads and two collections of poetry, Black Slip and Mystery Bruise. She has also edited numerous anthologies of gay and lesbian fiction, including His and Hers (Vols I-III).

Terry Wolverton is the author of the novel Bailey's Beads and two collections of poetry, Black Slip and Mystery Bruise. She has also edited numerous anthologies of gay and lesbian fiction, including His and Hers (Vols I-III).