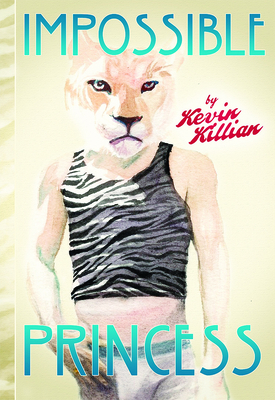 "Whatever his subject matter, Killian maintains full authority--offering up a homoerotic interpretation of Flannery O'Connor's A Good Man Is Hard to Find and a brilliant imagined history of Hank Williams. Here, under the author's careful control and easygoing charisma, everything seems up for grabs, and almost anything seems possible."--Time Out New York

Impossible Princess is the third collection of gay short fiction by PEN Award-winning San Francisco-based author Kevin Killian. A member of the "new narrative" circle including Dennis Cooper and Kathy Acker, Killian is a master short story writer, crafting campy and edgy tales that explore the humor and darkness of desire. A former director of Small Press Traffic and a co-editor of Mirage/Periodical, Killian co-wrote Jack Spicer's biography, Poet Be Like God, and co-edited three Spicer books, including My Vocabulary Did This To Me: Collected Poems. His latest book, Action Kylie, is a collection of poems devoted to Kylie Minogue.

A founder and former director of Small Press Traffic, Kevin Killian was a hidden favorite of gay literary San Francisco. He was the author of many books including the PEN award-winning Little Men (1996), I Cry Like a Baby (2001), Shy (1989), Arctic Summer (1997), Spread Eagle (2010), Bedrooms Have Windows (1989) and Action Kylie (2008), a collection of poems inspired by Kylie Minogue. He co-wrote the Jack Spicer biography, Poet Be Like God (1998) and co-edited several volumes of Spicer's work, including My Vocabulary Did This to Me: The Collected Poetry of Jack Spicer (2008). With his wife Dodie Bellamy, he edited the long-running poetry zine Mirage/Periodical. His work has been widely anthologized and has appeared in, among others, Best American Poetry 1988 (ed. John Ashbery), and Discontents (ed. Dennis Cooper). Impossible Princess won the 2010 Lambda Literary Award for Best Gay Erotic Fiction. Kevin Killian died on June 15th, 2019.