Facing Forward: One Act Plays and Monologues by Contemporary American Women at the Crest of the 21st Century (Paperback) 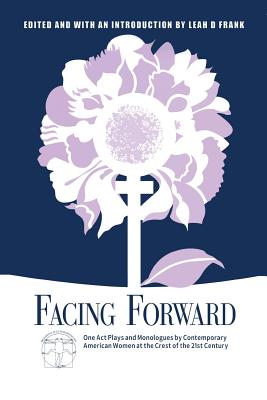 This collection includes 34 one acts and monologues by notable American women playwrights. 67201 by Adele Edling Shank: Love and fantasy in the afternoon. THE BEST OF STRANGERS by Lee Hunkins: Two women sharing a hospital room cope with breast cancer, husbands, and racial barriers. BOARDERS by Constance Congdon: Three short plays about apartment dwellers, with an epilogue by their landlady. BREAKFAST SERIAL by Megan Terry: A child abuser meets his match. BRUSSELS SPROUTS by Janet Neipris: Former lovers meet under very different circumstances the second time around. THE CORD AND THE TRACK by Helen Duberstein: Two older men discuss younger women. CURTAIN CALL by Roma Greth: An actress balances on an emotional tightrope strung between approaching retirement and a fading career. THE DEATH OF HUEY NEWTON by Lynda Sturner: A couple reflect on the twists and turns their lives have taken since their 1960s glory days. DRY SMOKE by Adele Edling Shank: The story behind a fatal fire. FOOD by Neena Beber: Two women are starving for something, anything, that might provide fulfillment. THE GHOST STORY by Lenore Bensinger: The title hints at half of it; the other half involves a psychic advisor, a couple of children, a golden retriever, double fudge brownies, and the C.I.A. HAITI (A DREAM) by Karen Sunde: The plight of a Haitian family aboard a rickety boat seeking their dream of America. HALFWAY by Roma Greth: There is a question as to who is the inmate and who is the attendant in this halfway house for mental patients. HELEN MELON AT THE SIDESHOW by Katy Dierlam: The carnival "Fat Lady" delivers a monologue. IN THE BEGINNING by Rebecca Ritchie: Lilith shares with Eve a few eye-opening tidbits about Adam. JIM'S COMMUTER AIRLINES by Lavonne Mueller: Two pilots undergo trauma when one's mother decides to fly incognito on the rickety airline he owns. LIFE GAP by Y York: A story about a very poor family and the do-gooder who wants to help them. METAMORPHOSES by June Siegel: Life changes experienced by three women. THE NIP AND THE BITE by Judy GeBauer: A brief, explosive story of American violence on Mexican soil. OCEAN DREAM by Nancy Rhodes: A young woman recovers her childhood during an afternoon on the beach. ORIGAMI TEARS by D Lee Miller: The love/hate relationship of an older married couple coming to terms with the husband's death. PANICKED by Sally Ordway: A performance artist's witty examination of life turns into a howl of help to alien beings. A PERMANENT SIGNAL by Sherry Kramer: The famous Siren sisters step down from the heavens to harvest the sweetness they planted eons before. The crop is not what they expected. A PLACE WHERE LOVE IS by Sally Dixon Wiener: A terminally ill father and his daughters struggle to understand one another. POOF By Lynn Nottage: The laws of the universe tumble when a meek woman finally speaks up. REPAIRS by Susan Miller: Finishing a basement is either a neurotic retreat from reality or a way of patching up the cracks. THE SLEEP SEEKER by Staci Swedeen: A woman struggles with unbearable memories. SPRINGTIME by Mar a Irene Forn s: The eternal story of love and betrayal. STEPPING OFF A CLOUD by Christina Cocek: A comedy about getting it together. TRIPS by Sally Ordway: Two women pass their time on the porch of a retirement home by counting passing cars. WATCHING THE DOG by Sybille Pearson: A play within a play set in a veterinarian's office. WATER PLAY by Sally Nemeth: The rain will not stop. Rising seas reclaim the land. In a loft barely above the water line, scientist Evangeline tracks the deluge. WELL DONE POETS by Laura Quinn: A math major, a biology major, and an economics major explore feminist poetry with the help of several pitchers of beer. WORKOUT by Wendy Wasserstein: A running commentary on, to, and about a woman's life and her exercise routine.