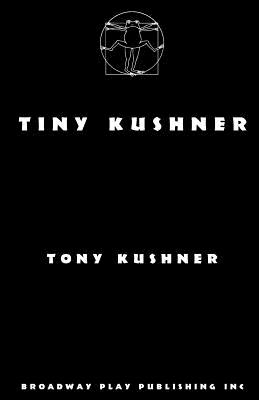 "As a title, TINY KUSHNER sounds like a joke, and it is, of sorts, a self-deprecating acknowledgment by the playwright Tony Kushner that he generally writes long. His most famous work, ANGELS IN AMERICA, began as a commission for a 90-minute play with three characters and ended up as a two-part extravaganza clocking in at more than seven hours ... The new work consists of five one-act playlets that feature both fictional characters and those borrowed from real life - including Dr Arnold Hutschnecker, who was Richard M Nixon's psychiatrist. Two plays have therapy sessions in them, actually. Three have dead people as characters. One takes place on the moon. All five, however, resonate on the subject of America and the moral complexities created for its citizens by its various advantages in the world, a theme that reaches a climax in ONLY WE WHO GUARD THE MYSTERY SHALL BE UNHAPPY. Set just before the invasion of Iraq in 2003, and written out of fury at the Bush administration's rush to war, it posits Laura Bush reading to a class of dead Iraqi children. Essentially a monologue (it was published by The Nation), it portrays a first lady wrestling with her conscience and betraying the agony of perpetual self-justification ... Individually and even collectively, the five entries here are snacks in the Kushner canon. However, that doesn't make them nonnourishing or the evening unsatisfying; Mr Kushner's fierce liberal conscience (he's Arthur Miller's heir, in that regard), colossally fanciful imagination and virtuosic gift for composing verbal arias are too much in evidence for that." -Bruce Weber, The New York Times.