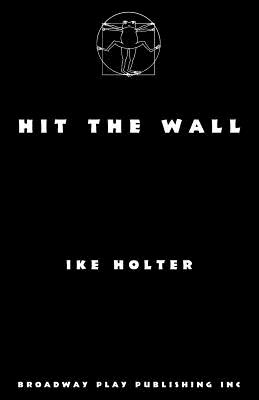 "The words I was there', intoned repeatedly by the characters in HIT THE WALL, give Ike Holter's play about the 1969 Stonewall riots the self-consecrated holiness of solemn testimony. But the crucial refrain is: The reports of what happened next are not exactly clear'.
Given the extent to which urban legend and documented research of the events have blurred together over the decades, any dramatic consideration of Stonewall must embrace the mythology. So Mr Holter's impassioned evocation of the sparks that ignited the gay rights movement...are strongest when stylized interpretation eclipses conventional realism...
Watching the characters strut through a liberating dance that erupts into chaos and violence when police lights pierce the smoky haze gives the sense of being caught up in that momentous clash...
Among the most fully realized figures are Carson, a black drag queen as fearful as he is imperious; Peg, a stone butch' lesbian ostracized by her family; and the Snap Queen Team' of Tano and Mika, throwing shade at passers-by from their perch on a Christopher Street stoop. Fierce and funny, the verbal and attitudinal exchanges swapped by this duo with the formidable Carson owe more to slam poetry and 1980s Harlem voguing than to authentic period behavior.
The play is deeply affecting at times, notably when Carson is bitterly rebuked during a rare foray outside in daylight to pay his respects at the funeral of Judy Garland. Or when Peg's uptight sister insensitively suggests how much better off she would be if she could just hold it in'. ... We] feel the unendurable pain of self-denial.
...What's perhaps more significant is that Mr Holter is working in a vernacular that speaks sincerely and directly to today's gay youth. His freewheeling play invites them to honor the earlier generation that broke the chains of marginalization and invisibility."
David Rooney, The New York Times