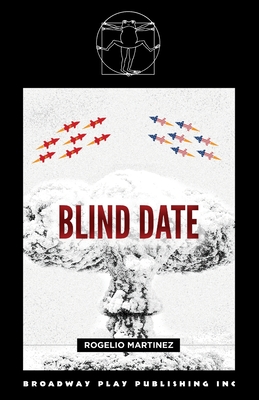 "BLIND DATE, Rogelio Martinez's playfully titled and altogether amusing geopolitical romp...might very well be described as a "Ron-com." Ron as in Ronald Reagan, the actor, California governor and 40th President of the United States whose military and foreign policies some say helped bring the Cold War to an end (at least temporarily).

Whatever the long-term historical assessment of all that might be, there can be no doubt that one of the most notable events in late 20th century U S-Soviet relations occurred during two days in November, 1985: Reagan, (who seemed to have bounced back from a 1981 assassination attempt, but as always was somewhat indecipherable), met for the first time at a summit in Geneva, Switzerland with Mikhail Gorbachev, who had only recently been elected to serve as General Secretary of the Soviet Union, and was something short of secure in his position.

As with all blind dates, the "couple"...arrive in a state of both apprehension and hopefulness. And their actual meeting ("truthy" as it might or might not be here, and without the presence of translators who are always essential elements in the room) is marked by all the nervous humor, misunderstandings, game-playing and awkwardness of such encounters.

The two men also arrive with their respective wives... Also in attendance are the all-important advisors: U S Secretary of State George Shultz, and the sophisticated Eduard Shevardnadze, the Soviet Minister of Foreign Affairs, whose introductory lunch cannily reveals much about both men.

Dancing around the edges of it all is Edmund Morris, the British-American historian whose much-anticipated biography of Reagan ultimately became what he described as "a work of nonfiction by an imaginary author" -largely the result of Reagan's impenetrability.

Most crucially, given the moment in which audiences are now watching BLIND DATE, there is a fully "meta" quality about the play, with the decorum and diplomatic interplay of the historical event free of the social media contagion of the moment, and with the press corps very much of a long-gone era. In fact, if you tend toward nostalgia, you also might delight in the witty, zestful way in which Larry Speakes, Reagan's Mississippi-bred acting Press Secretary, handles his job. Yet more than anything, there is a sense of constructive peace-making and future-building (if far from naive "trust") here-one that might just keep mutually assured nuclear destruction at bay.

To be sure, BLIND DATE...is no documentary. But the Cuban-born Martinez, who has riffed on the Cold War era in several other plays, captures both the personalities and issues in play, including the Reagan administration's "Strategic Defense Initiative," which raised the hackles of the Soviet Union, a nation already suffering from the fallout of its war in Afghanistan, a flailing economy, and Gorbachev's untested leadership.

Two more wildly different personalities than "Ron" and "Misha" could not have been put in a room together. And yet, for whatever reasons (a mutual wish for a sane approach to major differences), they managed to find some common ground. And now, seen with the power of hindsight, a sort of melancholy overlays the farcical aspects of the play simply because we know Gorbachev's short tenure ultimately led to the arrival of Vladimir Putin, that Reagan's legacy was laced with a diagnosis of Alzheimer's disease and that nuclear war is no longer a matter of just two sides..."