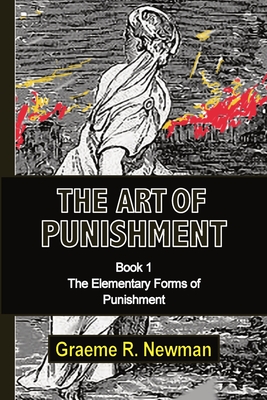 In this first volume, Graeme Newman presents a kaleidoscope of punishment through the lens of artists, some famous, most unknown, who have captured the essence of punishment in the early history of the Western world and its contrasting modern representation in everyday life. These 102 images are not pictures to be gawked at (though readers will do so), they challenge us, (though readers may resent it), to accept that we moderns are the owners of what we do to those we punish. Newman's poignant and concise commentaries on every picture both educate and engage, uncovering the emotive psychology of punishment that lies at the heart of all societies. From slaps to even the declawing of cats, punishment is dissected from every perspective. Newman shows that punishment is both mundane and spectacular; either way, it lies at the very center of everyday life, including the lives of parents, their children and their dog. This collection of art works comprising Books 1 and 2, provides glimpses of the ways in which we and our ancestors have punished those who broke the rules and laws; to repeat, some real, some imagined. The illustrations in these books say a great deal about the history of Western civilization, and how it has dealt with those who break society's rules of behavior. They are an indication, guideposts maybe, to the human drives, initiative and imagination in recording the history and practice of punishment. Much of the art does tell a story, most often one of the sword in the hands of tyrants, egged on by a rousing crowd. Punishment takes on different forms, often depending on to whom it is applied, the classes in society that form the special objects of punishment: from slaves, criminals, soldiers, women, children and even animals. It is an ingrained virtue of Judeo Christian punishment that it carries with it a solemn, unnerving hyp-ocrisy. We have all been punished at one time or another, and are continually threatened with it each day of our lives (speeding signs for example). Thus, we are relieved when it is the other who is punished and not ourselves. Therein lies the dark relationship between guilt and punishment: not only must the punished be guilty, but also the punishers must bear the guilt of punishing. "There but for the grace of God, go I," we can hear the punishers muttering under their breath.