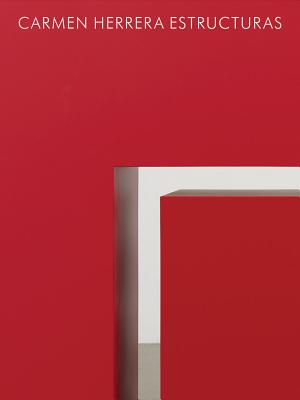 The definitive publication on Cuban-born artist Carmen Herrera's (born 1915) Estructura works, this volume contains new works as well as sketches, plans, installation photographs from the exhibition and an essay by the curator of her recent traveling retrospective, Dana Miller.

As three-dimensional extensions of the artist's stark, bright abstract paintings, the Estructuras were envisioned by Herrera in an environmental sense, using the surrounding walls as a part of the composition. These irregularly shaped works technically remain her only monochromes; however, Herrera envisions the white of the wall exposed in the negative space of the sculptures and wall pieces as the second color. Herrera began executing the works in 1969 but abandoned them two years later after the death of her carpenter. These works marked an important moment in Herrera's career, wherein the forms move from drawing to painting and sculpture, and her meticulous sharp edges are physically manifested.