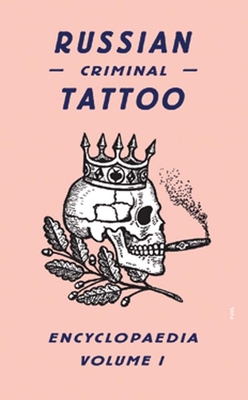 Occasionally a book is published that reveals a subculture you never dreamt existed. More rarely, that book goes on to become a phenomenon of its own. The 2004 publication of the Russian Criminal Tattoo Encyclopaedia was such a phenomenon, spawning two further volumes and alerting a fascinated readership worldwide to the extraordinary and hermetic world of Russian criminal tattoos (David Cronenberg, for example, made regular use of the Encyclopaedia during the making of his 2007 movie Eastern Promises). Now, Fuel has reprinted volume one of this bestselling series, whose first edition already fetches considerable sums online. The photographs, drawings and texts published in this book are part of a collection of more than 3,000 tattoos accumulated over a lifetime by a prison attendant named Danzig Baldaev. Tattoos were his gateway into a secret world in which he acted as ethnographer, recording the rituals of a closed society. The icons and tribal languages he documented are artful, distasteful, sexually explicit and sometimes just strange, reflecting as they do the lives and traditions of Russian convicts. Skulls, swastikas, harems of naked women, a smiling Al Capone, medieval knights in armor, daggers sheathed in blood, benign images of Christ, sweet-faced mothers and their babies, armies of tanks and a horned Lenin: these are the signs by which the people of this hidden world mark and identify themselves. With a foreword by Danzig Baldaev, and an introduction by Alexei Plutser-Sarno, exploring the symbolism of the Russian criminal tattoo.