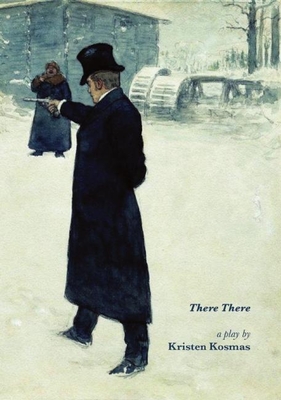 Bilingual edition in English and Russian, with illustrations. For those of you still in the market for a New Year's resolution, here's a manageable one: Get yourself to... see Kristen Kosmas's new play, There There. I can't think of a better way to start the theatergoing year than with this language-drenched, resonant knockout. - New York Times A tour de force of a verbal marathon. - Seattle Times There There is a wildly unpredictable text about being the completely wrong person in the totally wrong place at the exact wrong time doing all the most wrong things, written by one of theater's great poets of failure and surprise, Kristen Kosmas. Christopher Walken, on tour in Russia with a solo show inspired by everyone's favorite Chekhovian sociopath, mysteriously falls off the ladder and is unable to perform. Karen, who apparently proofread the script once, is asked to go on in Walken's place. A precarious bilingual performance duet ensues between Karen and her Russian interpreter, Leo. This volume includes both the Russian and the English text.