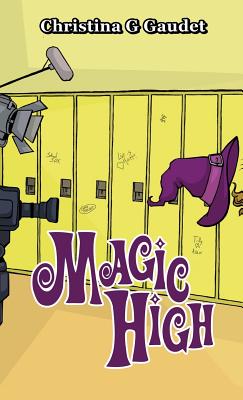 Welcome to Andrew High, a school for mages...

That is, until its doors are opened to the non-magical, or "normie," population. That means no more magic allowed on school property. For Tabetha Long, whose powers are directly related to emotions, hiding her magic is difficult. When her mother is hired as the new gym teacher, and her father comes back to town with his reality television show, difficult becomes impossible.

Now her every move is being caught on video and everyone else at school wants in too. All Tabetha wants is to become invisible.

But then the mysterious and cute new guy, Eric wouldn't be able to see her either...