Beefheart: Through the Eyes of Magic (Hardcover) 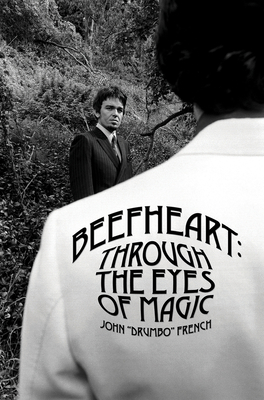 A no-holds barred account of working with Beefheart featuring interviews with all key players inside and around The Magic Band and the Mothers Of Invention. As drummer and musical director for the iconoclastic Captain Beefheart, John "Drumbo" French was a key contributor to the band's many groundbreaking albums including Trout Mask Replica.

John French was born in the San Bernardino area of Southern California but grew up in the Mojave Desert town of Lancaster – hometown of Frank Zappa and Don Van Vliet. He played in local bands including Merrell & the Exiles and Blues In A Bottle, before joining Captain Beefheart’s Magic Band in late 1966, where he developed one of music’s most recognisable and influential drumming styles which is evidenced in the majority of studio albums by the group. Beefheart gave him the moniker “Drumbo”, which appeared first on Troutmask Replica. He left the outfit in 1980 going on to make albums with Henry Kaiser. In 2000 he compiled and annotated the Grow Fins anthology and then in 2003 reformed the Magic Band with some of its earlier members. They toured and released a few albums until John’s retirement at the end of 2017. In 2008, he recorded an album of self-penned music under the name of Drumbo with three former Magic Band members. He lives with his wife in Lancaster, California.