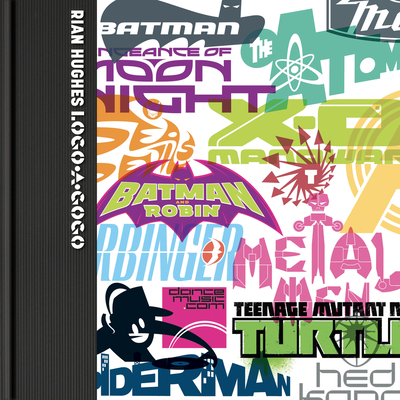 By Rian Hughes, Grant Morrison (Foreword by)
$45.95
Possibly out of print. Email or call to check availability and price.

For more than 20 years, Rian Hughes has been a versatile designer, illustrator and lettering artist working for international clients in the fields of publishing, music, sports, telecommunications, fashion and more. He has specialized in creating logo designs for the comic industry, notably for DC and Marvel products, including Batman and Robin, Batgirl, the X-Men, Captain America, Wolverine, The Spirit, The Invisibles, Shade the Changing Man, and The Atom. He has also designed logos for posters, CDs, and clothing, and produced branding for clients such as Hasbro, the Cartoon Network, Virgin Airways, Eurostar, and the BBC. This compendium is packed full of the best of his logo designs and offers an insight into the creative process behind his work. Preliminary sketches are shown alongside the final design, and accompanied by author commentary. An essential reference for designers to draw on in branding and other graphic design projects, the book will also fascinate anyone interested in contemporary culture. This is as good as it gets for those looking for a source of cool and inspirational logo design.

Rian Hughes is an award-winning graphic designer, illustrator, comic artist, writer, and typographer who has worked extensively for the British and American advertising, music, and comic book industries. His recent books include Custom Lettering of the ‘20s and ’30s, Soho Dives, Soho Divas, and XX: A Novel, Graphic. He has an extensive collection of Thunderbirds memorabilia, a fridge full of vodka, and a stack of easy listening albums which he plays very quietly in his home in London.

Foreword by Grant Morrison
Grant Morrison is a best-selling Scottish comic book writer, playwright, and occultist. His long list of credits includes Animal Man, Batman, Doom Patrol, The Filth, The Invisibles, JLA, and 2000 AD. He was appointed a Member of the Order of the British Empire (MBE) for services to film and literature in 2012.