The Secret Lives of Glaciers (Hardcover) 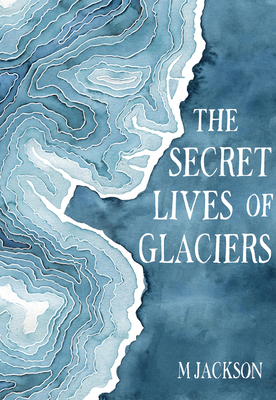 Seeking to understand the wild diversity and complexity that exists between people and ice, Jackson lived for a year on the south-eastern coast of Iceland, chronicling in The Secret Lives of Glaciers the cultural and societal impacts of glacier change on local communities. Jackson interviewed hundreds of Icelanders living in close proximity to ice, seeking to understand just what was at stake as the island’s ice disappeared.

Painstakingly detailed, Jackson recounts stories of glaciers told by people throughout the region, stories exploring the often conflicting and controversial plasticity of glaciers, the power glaciers enact in society, the possible sentience of glaciers, and the range of intertwined positive and negative consequences glacier change produces throughout Iceland. The Secret Lives of Glaciers reaches beyond Iceland and touches on changing glaciers everywhere, revealing oft-overlooked interactions between people and ice throughout human history.

The Secret Lives of Glaciers delivers a critical message: understanding glaciers and people together teaches us about how human society worldwide experiences being in the world today amidst increasing climatic changes and anthropogenic transformation of all of Earth’s systems. Instead of creating another catalogue of all the ice the world is losing, The Secret Lives of Glaciers explores what we may yet find with glaciers: hope for humanity, and the possibility of saving this world’s glaciers.

Dr. M Jackson is a geographer, glaciologist, environmental educator, 2018 TED Global Fellow, and an Explorer for the National Geographic Society who researches and writes about glaciers and climate change worldwide. M earned a doctorate from the Geography Department at the University of Oregon, where she examined how climate change transformed people and ice communities in Iceland. A veteran three-time U.S. Fulbright Scholar in both Turkey and Iceland, M currently serves as a U.S. Fulbright Ambassador. M works as an Arctic Expert for the National Geographic Society, holds a Master of Science degree from the University of Montana, and served as a Peace Corps Volunteer in Zambia. She’s worked for over a decade in the Arctic chronicling climate change and communities, guiding backcountry trips and exploring glacial systems. Her 2015 book While Glaciers Slept: Being Human in a Time of Climate Change weaves together the parallel stories of what happens when the climates of a family and a planet change. Her 2018 book, The Secret Lives of Glaciers, explores the stories of Icelandic people and glaciers through the lens of climatic changes. She is currently working on In Tangible Ice, a multi-year Arctic project examining the socio-physical dimensions of glacier retreat in near-glacier communities across all eight circumpolar nations.

"What does it mean to regard a glacier as a neighbor to learn from and defend? A glacier as both a window and a mirror? This outrageous book, rich with revelation and stewardship, is, at its deepest level, an icy blue love story to make us reconsider what it means to be fully alive – and open to wonder – in our ever-changing world. Bravo, M. Jackson." — Kim Heacox, author of John Muir and the Ice that Started a Fire

"When it comes to glaciers, Dr. M Jackson is a linguistic sorcerer, making you fall in love by proxy with the geological memory-keepers. . . . Jackson's text moves with historical and scientific precision . . . Glaciers speak to our future just as much as we speak to theirs, and M Jackson's epic examination of their place in humanity's story is compelling." — Excerpt from starred review from Foreword Reviews

“M Jackson brings a powerful combination of skills to bear in her ambitious task of complicating our understanding of the rapidly dwindling masses of ice with which we share this planet. Blending hands-on science, vivid descriptive writing, affecting personal anecdote, and insightful cultural observation,The Secret Lives of Glaciers is a hypnotic and inspiring book—essential reading for anyone who loves nature and is concerned about the human species’ continued existence within it.” — Tim Weed,  author, A Field Guide to Murder & Fly Fishing

“M Jackson is a master storyteller, weaving evocative anecdotes and historical and scientific narratives into an intricate dance of the relationship between  man and ice. Jackson writes eloquently, her stories of the real, concrete  effects of climate change on the people of Iceland both informative and heart-wrenching.” — Dr. Michele Koppes, Glaciologist & Geographer

"The Secret Lives of Glaciers engulfs you from the very first page, and in that way does due justice to the colossal yet fragile icy protagonist it intends to uncover for its readers." ― Asher Jay, Conservationist & National Geographic Explorer