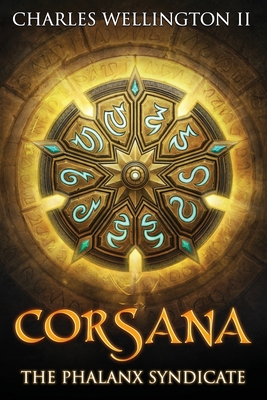 This is book number 1 in the Corsana series.

CK―Christopher Knight―has a secret, he's a psionic; a human with the ability to will things to happen with the power of his mind. And while he has kept to the shadows, Christopher has always dreamt about being a hero. But hanging from the ceiling of a cave being tortured, and getting his face pummeled by an orc, wasn't part of the dream.

When merchant ships start capsizing off the coast of Corsana, the port city mayor of Asic is forced to put out the call for adventurers to investigate. Seeing his chance at hand, CK leaps into the fire. Thrust into a hodge-podge group of unknown, untested, mercenaries―each with their own agendas for being there―CK must train, trust, and risk everything to become the hero he wants to be.

Before him lies an unknown destiny, but as that destiny begins to reveal itself, and a villain to focus on emerges, the eyes of a powerful presence―far greater than any he could have imagined―will be drawn to him; that is, if he can survive. And in a world teeming with goblins, orcs, giants, and dragons, and danger lurking around every corner, all odds are against him