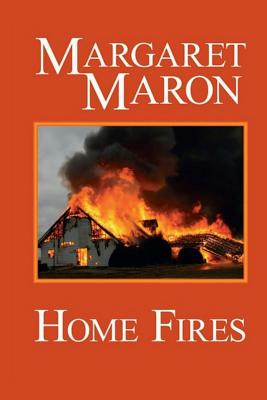 By Margaret Maron
$14.95
Possibly out of print. Email or call to check availability and price.

This is book number 6 in the Deborah Knott Mysteries series.

Since the first Deborah Knott novel, Bootlegger's Daughter, swept the Edgar, Agatha, Anthony, and Macavity Awards for 1993, Margaret Maron has brought to life the landscape and people, the history and current concerns of a contemporary South. As akin to Carson McCullers and William Faulkneras she is to her fellow mystery writers, Maron now continues her acclaimed series with a chilling story of suspense: a searing crisis of race and region and other burning issues of the heart . . .

One place the two Souths--black and white--meet is in Judge Deborah Knott's courtroom. From the pretty yet aggressive D.A. who requests harsh sentences for her fellow African-Americans to the three white teens caught desecrating a family graveyard with hate slogans, racial bias still tries the soul and tests the sense of justice in Colleton County, North Carolina.

Busy with her reelection campaign and building a new house on land that has been in her family for generations, Deborah has both deep roots and a professional stake in her community. She's shaken when her nephew A.K. is arrested with a group of vandalizing teens at a local cemetery. Torn between her duty as a judge and her loyalty to her large, close-knit family, Deborah has to decide how far she can go to protect him.

Then the first black church burns.

Determined to investigate the arson in which A.K. has become a suspect, Deborah Knott is quickly swept into the dark undercurrents of prejudice, pain, and betrayal in this rural Southern county. Add to this the sudden arrival of a 1970s black activist-turned-public-figure, the emerging secrets of an angry young woman and the burning of two more churches, and Deborah faces a crisis that will challenge her political acumen, her detective skills, and her core beliefs.

The sins of the past return to forever change the present in Margaret Maron's most riveting, emotionally moving novel to date, a mystery that involves color and kinship, and the unbreakable bonds of love . . .