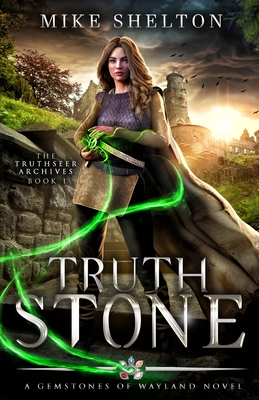 This is book number 1 in the Alaris Chronicles series.

The lies could kill her, but the truth could destroy a kingdom.

Given a rare TruthStone, Shaeleen suffers immense agony with every lie she hears or tells. While struggling to control her new power and curb the pain she learns a powerful truth that could thrust an entire continent into civil war.

The stones of power protect the five kingdoms of Wayland - and have done so for two hundred years. Now those stones are failing and a dark power threatens to take control. With the help of her brother, and a young thief, Shaeleen sets out on a dangerous journey to gather and restore the power of all the stones.

Shaeleen can either reveal the truths she finds and stop the physical torment or hold on to the lies and sacrifice her own well-being for the sake of the kingdom.

Will she succeed before the endless lies destroy her?