The Coming Fall of North Korea: Nukes Will End The Kim Dynasty (Paperback) 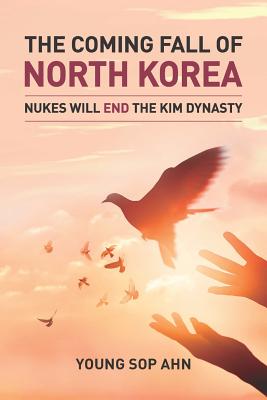 The collapse of the Kim Jong-un regime of North Korea is imminent. The Kim regime will fall in five years due to its own nukes. The Kim dynasty's nuclear development has continued for more than six decades. North Korea is estimated to have over 60 nuclear weapons today. The international community has continued the effort to denuclearize North Korea and to open up the world's most isolated country to the outside world. The Kim dynasty regime believes nuclear weapons to threaten the international community and to create fear among its populace are the only means to ensure his security. But it is sadly mistaken. Kim Jong-un' fake offers to denuclearize North Korea as shown in the US-North Korea summits in 2018 and 2019 will continue as Kim aims to gain economic and other benefits from the United States and its allies. However, the familiar North Korean tricks will no longer work. Washington will keep tightening economic and other sanctions on North Korea. Donald Trump's surprise encounter with Kim Jong-un at the DMZ on June 30, 2019, was nothing but a symbolic gesture with no substance. China, North Korea's lifeline, is showing signs of discarding the Kim Jong-un regime. China is kicking the old, wrong perception that North Korea serves as a buffer against US presence in East Asia. China's bond with North Korea is worsening Beijing's international reputation. Kim Jong-un, mocked as "Kim Fatty the Third" among the Chinese, has become a serious political liability to the Xi Jinping government. China will seek a regime change in North Korea. It prefers to see a Vietnam-type, nuclear-free government in North Korea. A sweeping popular uprising of starving North Koreans has also been simmering. Emerging technologies may take actions to end the Kim dynasty even earlier than the international pressure and Chinese actions against the Kim regime. Technologies to remove global troublemakers are making unremitting progress. For example, invisible, undetectable, tiny AI-based drones loaded with the genetic information about global mischief-makers could be deployed to eliminate them in any place in the next five years. Still, the Kim Jong-un regime can survive if it decides to move in the right direction. International society has advised that North Korea pursue Vietnam-style economic success. The economic prosperity of Vietnam has been possible since Hanoi had no nuclear weapons and could thus be a friend to the United States. Kim Jong-un's move to recast his reclusive country is the only remaining option for his survival. Kim doesn't need to be afraid of the "Big Lies," including the formation of North Korea as a "big Lie" state in 1948 and the Kim dynasty referred to in North Korea as the Mount Paektu Bloodline as a fabrication of history, to be known to his people. All communist countries have their own dirty history on par with North Korea's. For instance, communist China has been called an "Empire of Lies." The falsehood of the Mount Paektu Bloodline matters little to North Koreans. What matters most to them, starving and undernourished, is the bread-and-butter issue. Kim Jong-un should realize that his days are numbered anyway. If Kim ditches his nuclear arsenal, and launches economic reforms to make North Korea a second Vietnam, he will be able to establish himself as a heroic national leader who deserves international acclaim. The Kim Jong-un regime is now at the crossroads between prosperity and collapse. About the author] Young Sop Ahn, the author of "Ten Megatrends Changing Our Lives," is a global thinker. Ahn was a visiting scholar at MIT and a graduate student associate at Harvard University's Center for International Affairs before he joined the faculty of the Korea National Diplomatic Academy of the ROK government. Educated at MIT, Harvard, and Seoul National University (SNU), Ahn holds two PhDs in international political economy and information science from MIT and SNU, respectively. Email: anthonysyoung@gmail.com.