Sunshine and Shadow: Exodus, or The Second Transit (Hardcover) 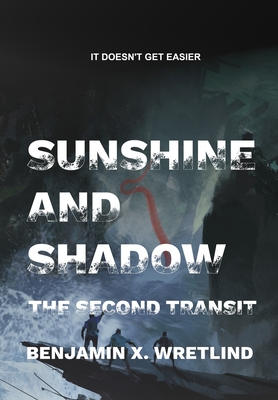 Like many things in life and society, what lies under the surface threatens the future. Where do you go when the storms come and your paradise rebels?

﻿On a cold and rainy September afternoon, Father Elijah Jonas convinced his followers to abandon the purgatory that was Earth and travel on faith to a new world. Now, forty years after the most important event in human history no one left on Earth witnessed, the descendants of those who followed Elijah have built a remarkable life. From farms to stables to the mundane of the day, life has been fruitful. But, like many things in life and society, what lies under the surface threatens the future.

As natural disasters and wild dangers claim the human residents on the planet Tishbe, relationships strain, families are torn apart and allegiances are tested. For Miriam Michaels, granddaughter of the eldest elder and man responsible for the societal mores and traditions the community follows, the future is found in the unknown. For young Micah, a scribe-in-training, the present is a confusing array of love and hate with few answers to the myriad of questions which emerge daily. And for Miriam's cousin, Joel, an engineer determined to follow in the footsteps of his mentors, it is the past which holds answers.

For all of them, the journey from their normal life into the unknown will test the strength and resolve of the community and strain relationships, threatening to destroy the grand vision Father Elijah and his followers had for the future of mankind. In sunshine they were born and in shadow they will pass, but not until they can build the life each of them imagine on a planet far from paradise.

It doesn't get easier.