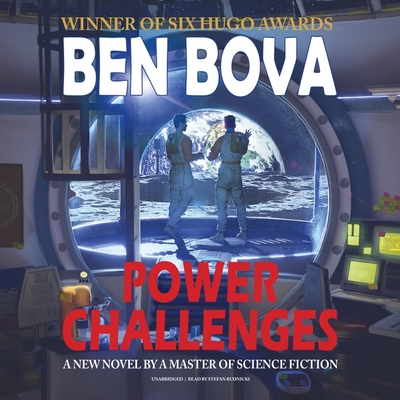 By Ben Bova, Claire Bloom (Director), Stefan Rudnicki (Read by)
$69.00
Possibly out of print. Email or call to check availability and price.

It is time to start colonizing the solar system. Ex-astronaut, current space advisor, and all-out troubleshooter for the President, Jake Ross, is determined to make it happen.

And what better way than to return to America's glory by returning to the moon and setting up a permanent moon-base which can then serve as the launching pad for Mars and beyond.

But as usual, political intrigue and conflicting priorities are threatening the whole program. Add to that a President who is about to die, a strong contingent in the legislative body which thinks that money spent on a moon-base is money wasted, and the general apathy of the public, and you have an almost impossible task.

Even NASA, natural enthusiasts of a project like this, are dragging their feet because they have lost control of the top-spot in the project.

But none of those opposing forces have contended with the resolve and the skill of Jake Ross. He will create the base on the moon. He will send humans out to many worlds.