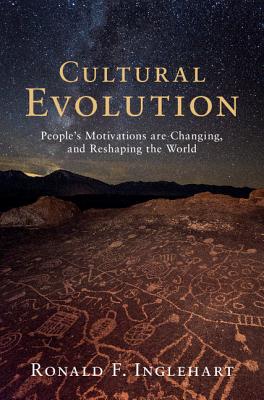 Cultural Evolution argues that people's values and behavior are shaped by the degree to which survival is secure; it was precarious for most of history, which encouraged heavy emphasis on group solidarity, rejection of outsiders, and obedience to strong leaders. For under extreme scarcity, xenophobia is realistic: if there is just enough land to support one tribe and another tribe tries to claim it, survival may literally be a choice between Us and Them. Conversely, high levels of existential security encourage openness to change, diversity, and new ideas. The unprecedented prosperity and security of the postwar era brought cultural change, the environmentalist movement, and the spread of democracy. But in recent decades, diminishing job security and rising inequality have led to an authoritarian reaction. Evidence from more than 100 countries demonstrates that people's motivations and behavior reflect the extent to which they take survival for granted - and that modernization changes them in roughly predictable ways. This book explains the rise of environmentalist parties, gender equality, and same-sex marriage through a new, empirically-tested version of modernization theory.