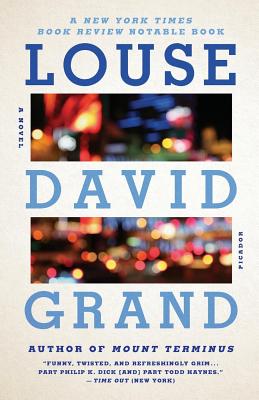 A Los Angeles Times Best Book of the Year

Herbert Horatio "Poppy" Blackwell was once a daring aviator, an illustrious movie producer, and a brilliant businessman. A Howard Hughes–like mogul, Poppy has become a recluse with paralyzing fears of infection. Cloistered in the penthouse high above his desert gambling empire, he is attended by a small army of maids and footmen and lawyers and physicians, who live in a state of constant surveillance as they cater to his eccentric, paranoid demands.
Herman Q. Louse is Poppy's valet, one of the many indentured servants who have racked up an insurmountable debt in his casino (and whose long-term memories have subsequently been erased). Louse's primary duty is to administer Poppy's medication: near-lethal doses of benzodiazepines. But as he goes about his carefully monitored business, he becomes aware of a growing conspiracy against Poppy and becomes his unlikely protector—that is, until people start to point fingers at Louse.
Dark, disturbing, yet acerbically funny, Louse by David Grand is a vividly imagined tale, at once timely and unforgettable.

David Grand is the author of Louse and The Disappearing Body. He lives in Brooklyn with his wife and twin sons.

“Reminiscent of other satirical fables, from George Orwell's 1984 to Donald Antrim's black-comic Elect Mr. Robinson for a Better World . . . Louse sticks to you for its wit and imaginative vision.” —The New York Times Book Review

“Creepy, poetic and funny . . . [Louse] exerts a hold as undeniable as it is indecipherable.” —Los Angeles Times