The Affairs of Others: A Novel (CD-Audio) 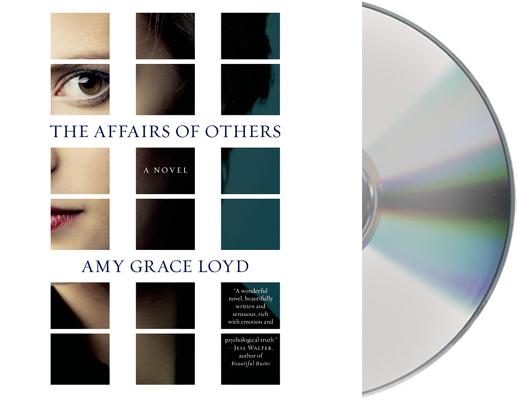 By Amy Grace Loyd, Kathe Mazur (Read by)
$44.99
Possibly out of print. Email or call to check availability and price.

A MESMERIZING DEBUT NOVEL ABOUT A YOUNG WOMAN, HAUNTED BY LOSS, WHO REDISCOVERS PASSION AND POSSIBILITY WHEN SHE'S DRAWN INTO THE TANGLED LIVES OF HER NEIGHBORS

Five years after her young husband's death, Celia Cassill has moved from one Brooklyn neighborhood to another, but she has not moved on. The owner of a small apartment building, she has chosen her tenants for their ability to respect one another's privacy. Celia believes in boundaries, solitude, that she has a right to her ghosts. She is determined to live a life at a remove from the chaos and competition of modern life. Everything changes with the arrival of a new tenant, Hope, a dazzling woman of a certain age on the run from her husband's recent betrayal. When Hope begins a torrid and noisy affair, and another tenant mysteriously disappears, the carefully constructed walls of Celia's world are tested and the sanctity of her building is shattered—through violence and sex, in turns tender and dark. Ultimately, Celia and her tenants are forced to abandon their separate spaces for a far more intimate one, leading to a surprising conclusion and the promise of genuine joy.

Amy Grace Loyd investigates interior spaces of the body and the New York warrens in which her characters live, offering a startling emotional honesty about the traffic between men and women. The Affairs of Others is a story about the irrepressibility of life and desire, no matter the sorrows or obstacles.

AMY GRACE LOYD is an executive editor at Byliner Inc. and was the fiction and literary editor at Playboy magazine. She is the author of The Affairs of Others. A recipient of both MacDowell and Yaddo fellowships, she lives in Brooklyn, New York.

“From start to finish, Loyd's prose flows exquisitely through the story, as she limns the depths of the protagonist's mind, the complexity of human intimacy, and the idiosyncrasies of each new character with the grace of a seasoned novelist.” —Vanity Fair

“[A] mesmerizing debut…. beautifully, even feverishly described. As Celia discovers, the magnetic pull of other people's everyday experiences proves impossible to resist.” —Entertainment Weekly (A-)

“Moody, sensual…Loyd succeeds at the most difficult task for such a circumscribed setting--making the granular details of her characters' travails feel as though they added up to more than the sum of their parts. Celia's emotional breakthrough, when it comes, reads as both important and true.” —The New Yorker

“Celia's journey is beautifully charted in this debut, with prose that mirrors her existence in her barely furnished apartment--confined, spare, but swirling with fierce emotion and insights.” —People (3 ½ stars)

“For first-time novelist Amy Grace Loyd, an apartment building is not simply housing. It is also a metaphor for the paradoxical isolation and proximity we feel among others...With forceful, sensual prose (the author is captivated by the scents of people and places), Loyd allows Celia to discover that ‘life had as many gains as losses as long as we were willing to tally them.'” —O, The Oprah Magazine

“A riveting, raw debut…. Loyd brilliantly keeps us holding our breath as Celia's barriers disintegrate, her rules fall away, and the shield she holds so tightly over her heart slowly lowers….Stunningly rendered, acutely emotional.” —Redbook

“Buy, read on the subway, and try not to smile as you're reading something infinitely more scandalous than Fifty Shades… and no one knows!” —Book Riot

“Lloyd's burnished, spare sentences conceal hidden volumes of emotion, and in its different moods, the book may put readers in mind of Joseph O'Neill's Netherland or of a more hopeful version of Claire Messud's recent The Woman Upstairs.” —The Millions, "Most Anticipated Books of 2013"

“It is hard to read through Loyd's novel without stopping to digest her lovely prose. Nearly every sentence has layers of meaning…. Loyd's words read like the best kind of poetry. There are lines that leave you thinking about larger truths.” —New York Daily News

“Loyd is acute and unsparing in her portrayal of Celia's grief over the loss of her husband. Though the chapters are short and the radius of action is small, Affairs still feels substantial. Celia moves almost ghostlike through her own apartment, her building, the streets of Brooklyn and the reaches of her mind, with the reader being just as absorbed in her thoughts as she is. ” —Minneapolis Star Tribune

“This is a book filled with larger-than-life feelings, raw nerves, and sexual intrigue. Small details of everyday life become fraught with as much passion as stolen moments in presumed privacy… Remarkably, Loyd creates a dramatic tension that gives the most domestic of concerns a lusty weight because of what they mask--betrayal, love, and violence.” —The Daily Beast

“A splendid debut novel about a grief-stricken, very private woman learning to trust and take comfort, even joy, from her surroundings and peers…. The Affairs of Others is paced like a suspense novel, but while there are dark doings and violent events, the tone is less like a thriller and more like a character study of a woman who thinks she knows herself but is stunned to learn what she is capable of feeling. Loyd's prose is beautifully controlled, with rich descriptions.” —Sarah Weinman, Maclean's

“Grief is a heavy thing. And the literary debut of Amy Grace Loyd…provides a glimpse of one woman's journey back to joy…. It reels you in with longing and passion.” —The Daily Candy

“Immersive… As events unfold, Celia's language transforms with the momentum of the novel, opening wider and varying subtly in structure to offer a character rediscovering herself and her bearing in the world…. [Loyd] writes with a seasoned hand. The prose is graceful. As Celia starts to respond to her surroundings, Loyd pens sentences that resonate outside of the story, nearly glowing on the page. The read feels markedly sophisticated in its shape, pace, and content -- it's sultry all the way around -- and the authority is refreshing.” —Bustle.com "Editor's Picks: 3 of August's Best Books"

“[Amy Grace Loyd has] developed her own confident and refined style of storytelling and shows it in her sensuous debut novel, The Affairs of Others. In expansive and precise language, Loyd explores the rhythms and sensations of human arrangements and exposes layers of time, grief, and love in contemporary urban life.” —The Millions

“Loyd's writing is rich and elegant, with elements of allusion and allegory and beguiling characters to draw readers in. Dark and sensual, with just a touch of suspense, this first novel offers a heartwrenchingly honest story about grief while still allowing for a glimmer of hope.” —Booklist

“An intimate portrayal of the walls erected by a woman after her husband's death, and how impulsive encounters with others break them down….Loyd's character study is narrow in scope but long on intensity and emotion.” —Publishers Weekly

“Debut novels don't come any more sure-handed and deftly written than The Affairs of Others. But it's the damaged, brokenhearted Celia--Amy Grace Loyd's brave, all-in protagonist--who latches on to us and refuses to loosen her grip.” —Richard Russo, author of Empire Falls

“Rich and fresh...The writing is just so wonderfully good: What other authors labor over, Loyd seems to just toss off. Throughout there are sentences to linger over, or for me to grin at with envy. Loyd has written a Rear Window story of a confined society described with Hitchcockian, voyeuristic detail.” —Ron Hansen, author of Mariette in Ecstasy

“The Affairs of Others is a deft, cinematic take on privacy and trespass. Look forward to watching it soar this fall.” —Eric Lundgren, author of The Facades