A Good School: A Novel (CD-Audio) 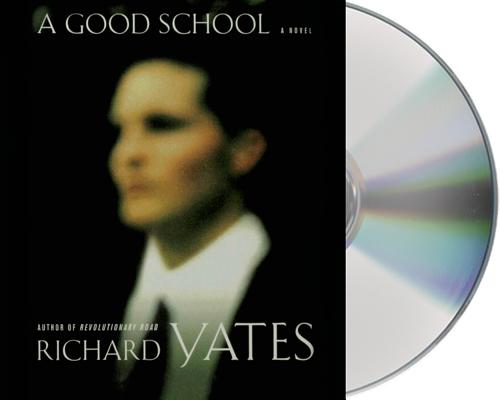 By Richard Yates, Kristoffer Tabori (Read by)
$32.99
Possibly out of print. Email or call to check availability and price.

Richard Yates, who died in 1992, is today ranked by many readers, scholars, and critics alongside such titans of modern American fiction as Updike, Roth, Irving, Vonnegut, and Mailer.

In this work, he offers a spare and autumnal novel about a New England prep school. At once a meditation on the twilight of youth and an examination of America's entry into World War II, A Good School tells the stories of William Grove, the quiet boy who becomes an editor of the school newspaper; Jack Draper, a crippled chemistry teacher; and Edith Stone, the schoolmaster's young daughter, who falls in love with most celebrated boy in the class of 1943.

Richard Yates was the author of the novels Revolutionary Road, A Special Providence, Disturbing the Peace, The Easter Parade, A Good School, Young Hearts Crying, and Cold Spring Harbor, as well as the short story collections Eleven Kinds of Loneliness and Liars in Love. He died in 1992.

Kristoffer Tabori has been involved in the world of television, film and theatre since he was six years old.  As a director he won an Emmy, The Theatre World Award, The LA Drama Critics Circle Award, the LA Weekly Award, and ten Drama-logue Awards.  He has lent his voice to a number of films including Alpha Protocol, Star Wars: The Force Unleashed - Ultimate Sith Edition, Endwar, and Spider-Man: Web of Shadows and in television to Avatar: The Last Airbender and The Adventures of Don Coyote and Sancho Panda.  Tabori has read a range of Earphones Award-winning audiobooks.  His work includes narrating Jeffrey Eugenides's Middlesex, Jack Finny's Invasion of the Body Snatchers, and the compilation Tales for a Stormy Night.

“A first class work of the imagination marked by an interest in real history . . . [A Good School] is enriched with many fine touches.” —Julian Moynehan, The New York Times Book Review

“A graceful and articulate narrative . . . affectionate, witty, and wry.” —The New Yorker