The Easter Parade: A Novel (CD-Audio) 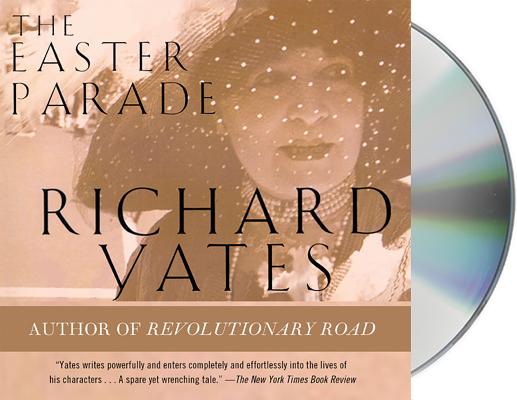 By Richard Yates, Kristoffer Tabori (Read by)
$34.99
Possibly out of print. Email or call to check availability and price.

In The Easter Parade, first published in 1976, we meet sisters Sarah and Emily Grimes when they are still the children of divorced parents. We observe the sisters over four decades, watching them grow into two very different women. Sarah is stable and stalwart, settling into an unhappy marriage. Emily is precocious and independent, struggling with one unsatisfactory love affair after another. Richard Yates's classic novel is about how both women struggle to overcome their tarnished family's past, and how both finally reach for some semblance of renewal.

Richard Yates was the author of the novels Revolutionary Road, A Special Providence, Disturbing the Peace, The Easter Parade, A Good School, Young Hearts Crying, and Cold Spring Harbor, as well as the short story collections Eleven Kinds of Loneliness and Liars in Love. He died in 1992.

Kristoffer Tabori has been involved in the world of television, film and theatre since he was six years old.  As a director he won an Emmy, The Theatre World Award, The LA Drama Critics Circle Award, the LA Weekly Award, and ten Drama-logue Awards.  He has lent his voice to a number of films including Alpha Protocol, Star Wars: The Force Unleashed - Ultimate Sith Edition, Endwar, and Spider-Man: Web of Shadows and in television to Avatar: The Last Airbender and The Adventures of Don Coyote and Sancho Panda.  Tabori has read a range of Earphones Award-winning audiobooks.  His work includes narrating Jeffrey Eugenides's Middlesex, Jack Finny's Invasion of the Body Snatchers, and the compilation Tales for a Stormy Night.

“Yates writes powerfully and enters completely and effortlessly into the lives of his characters . . . A spare yet wrenching tale.” —The New York Times Book Review

“Invigorating and even gripping. The dialogue is artful enough to sound natural. In his descriptive prose every word works quietly to inspire the illusion that things are happening by themselves . . . A literary achievement.” —Paul Gray, Time

“The effect is at once cruel and sweet, heartbreaking and brutal . . . The Easter Parade has an astonishing sweep and weight.” —Stuart O'Nan, The Boston Book Review