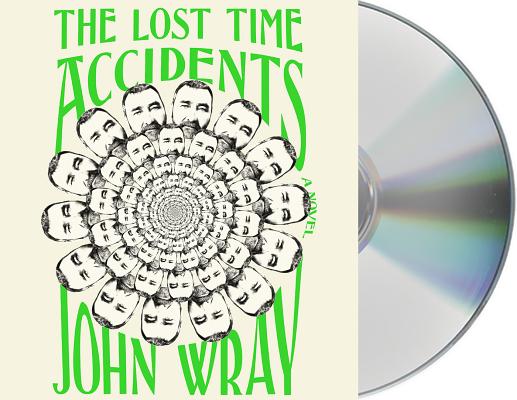 By John Wray, Holter Graham (Read by)
$79.99
Possibly out of print. Email or call to check availability and price.

In his ambitious and fiercely inventive The Lost Time Accidents, John Wray takes us from turn-of-the-century Viennese salons buzzing with rumors about Einstein's radical new theory to the death camps of World War Two, from the golden age of postwar pulp science fiction to a startling discovery in a Manhattan apartment packed to the ceiling with artifacts of modern life.

Haunted by a failed love affair and the darkest of family secrets, Waldemar 'Waldy' Tolliver wakes one morning to discover that he has been exiled from the flow of time. The world continues to turn, and Waldy is desperate to find his way back-a journey that forces him to reckon not only with the betrayal at the heart of his doomed romance but also the legacy of his great-grandfather's fatal pursuit of the hidden nature of time itself.

His film credits include Fly Away Home, Maximum Overdrive, Hairspray, and The Diversion, a short film which he acted in and produced. On television, he has appeared in Army Wives, Damages, As The World Turns, Rescue Me, Law & Order and New York Undercover. He received a B.A. from Skidmore College and an M.F.A. from Vermont College.