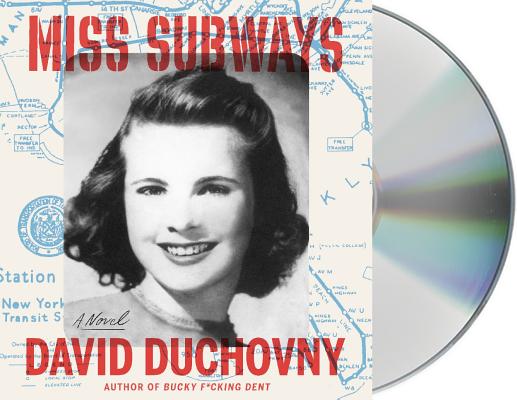 This program is read by the author and Tea Leoni, with their daughter, West Duchovny.

Emer is just a woman living in New York City who takes the subway, buys ice cream from the bodega on the corner, has writerly aspirations, and lives with her boyfriend, Con. But is this life she lives the only path she’s on? Taking inspiration from the myth of Emer and Cuchulain and featuring an all-star cast of mythical figures from all over the world, David Duchovny’s darkly funny fantasy audiobook Miss Subways is one woman’s trippy, mystical journey down parallel tracks of time and love. On the way, Emer will battle natural and supernatural forces to find her true voice, power, and destiny.

A fairy tale of love lost and regained, Miss Subways is also a love letter to the city that enchants us all: New York.

"As David Sedaris is to his essays in audio format, so is David Duchovny to his fiction. Neither author's works should ever be voiced by anyone but themselves, or crucial interpretations, inflections, and emotions would be lost. ...this treasured, crumpled love letter to a fantasy other-world of New York City is an essential purchase for libraries serving listeners who favor witty word play and realistically complex characters and enjoy finding the absurdity in daily life." -Booklist, Starred Review