At the Edge: The Writings of Ronnie Govender (Hardcover) 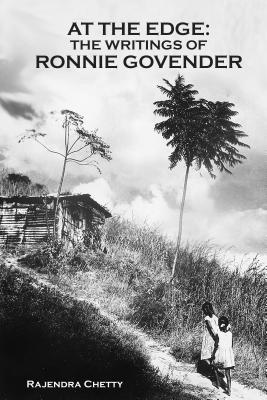 By Rajendra Chetty
Email or call for price

Ronnie Govender's works are significant in the construction of a South African national identity. The purpose of this book is to engage critically with race, class and resistance through a collection of essays on Govender's oeuvre. His writings are re-invigorated by close reading within the context of postcolonial and critical theory. Govender recalls the resilience of the multiracial community of Cato Manor whose democratic coexistence and mutual respect comprise a model for the new nation. As a memory work, his texts recollect private and community identity in the wounded spaces of colonial and apartheid oppression. Events of the past should be interpreted in a creative and imaginative way and literature enlightens it best.

Govender's unique performative prose reconstructs and resurrects the lives of the residents of Cato Manor, their vitality and humour, pain and humiliation: a vibrant, racially integrated community destroyed by the South African apartheid regime's notorious Group Areas Act. The book seeks to redress that marginalisation and awaken readers to the bravery and creativity of a small, defiant community in the face of forced removals and social injustice. This book reveals Govender's central concern for human dignity--his innate sensitivity to the unspoken pain of oppressed people.

The book invites the reader to connect and contrast Govender with a range of contexts and intertextualities--from post-colonial to African continental, from the diasporic to the politically analogous. Govender's radical shift from colonial obeisance theatre to a revelation of raw existence and authentic living is reflected by questioning, dis-comforting and aggrieving.

Rajendra Chetty is a leading postcolonial scholar and has written extensively on commonwealth literature; critical pedagogy; and race, class and marginalization. His seminal works include South African Indian Writings in English (2002) and the Vintage Book of South African Indian Writings (2010). His co-edited works include Indias Abroad: The Diaspora Writes Back (2005); Indian Writers: Transnationalisms and Diaspora (2009); and Trauma, Resistance, Reconstruction in Post-1994 South African Writing (2010). He is the President of the English Academy of Southern Africa, was awarded the Fulbright visiting professor scholarship to the USA in 2015 and received the 2016 Medal of Honour from the South African Education Association for his research.